As I’m working on the rewrite of Rose, I’ve discovered some struggles with my characters and the Point of View of the story.  Searching for inspiration on Pinterest, I found this fun little article from missliterati.com that talks about how to approach writing a modern day fairy tale. 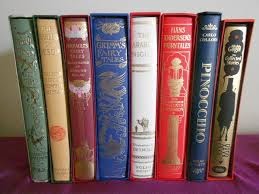 The first step, obviously, is to pick a modern day setting.  That should be one of the first steps to writing anything.  The setting is very important because it affects how the characters are and how the plot plays out.  It doesn’t have to be in our world though, because I’m currently helping someone edit their fantasy that takes place in a made up world where they have planes and photographs, and many other fairly modern elements in it.  In Rose, the setting is vital to the personalities of all the different characters.  If Rose wasn’t raised in a tiny town where everyone knew everyone else, then she wouldn’t have this quiet personality that Phillippe could come and uproot.  If Phillippe wasn’t raised as a super wealthy son of a businessman, then he wouldn’t have such a desire to get away from his father so often and he wouldn’t have run into Rose.  He also most likely wouldn’t have learned fencing, and *spoiler* that comes into play in the end.

The next big decision to make is whether or not to actually include magic.  Yes, magic is optional.  It all depends on the type of story you want to tell.  For Rose, I really wanted to include magic in our modern day world because I thought it was such a fun concept.  However, MissLiterati gives an example of a high school setting where the villain is a bully, the princess is a band geek, and the prince is the boy who sits next to her in chemistry that she has a crush on.  It all depends on the story you want to tell.
The third step is to update the characters, and this one goes along with the high school example.  You can’t go reusing the same characters over and over again, because your reader already knows those characters and will lose interest.  You have to determine what twist you want to put into your story.  Do you want the princess character to be the villain and the prince character ends up with who you thought would be the villain?  Their personalities need to be updated as well.  People don’t go around acting like stereotypical princes and princesses anymore.
Fourth is to decide what type of love story to tell.  Fairytales revolve around love, and that’s one of the reasons I decided to write Rose.  I can’t stand the type of love story portrayed in Disney’s Snow White, Sleeping Beauty, and Cinderella, so I decided to make my own versions of the stories with a different type of love story.  One about loving family so much they’d sacrifice anything to help them, even if it includes destroying their own dreams.  One about learning to love oneself enough to stand up and stop the way others are treating them.  One about learning to love your enemies because hate destroys more than love.  Those are the love stories I wanted to tell.
Lastly, you have to choose your ending.  Will it be happy or sad?  Will you kill off a character?  (Ignore my evil laughter, you’ll just have to wait and see which characters die).  Do you really want to have that perfect “Happily Ever After”, or do you want the villain to win?  My endings are all tinged with bitterness, because they take place in the real world and need to have realistic endings.  Just make sure the ending fits with the story you want to tell.
Thanks for reading!  I’ll definitely have the new version of Rose Chapter 1 to post before the end of the week.
~Alyson