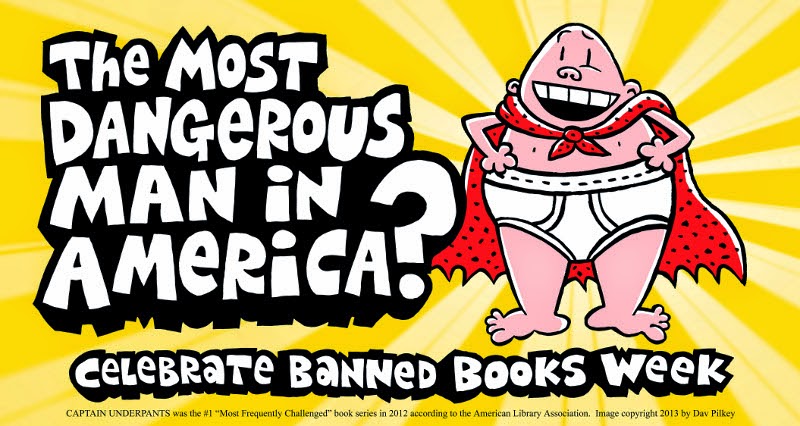 1.) The most challenged book of 2013 is the Captain Underpants Series.  It was also the most challenged book of 2012.
2.) Anne Frank : The Diary of A Young Girl was banned simply because it was “too depressing”.
3.) Harry Potter and the Philosopher’s Stone, which has been challenged countless times for “Satanism” and “religious views”, is the fourth most popular book of all time with over 107 million copies sold since it was released in 1997.
4.) Parents are the most common challenger of books at 6,103 challenges between 1990 and 2010, with Patrons in second place at only 1,450 challenges during the same period of time.

5.) Between 1990 and 2010, schools challenged 4,048 books with school libraries just below them at 3,659 challenges for the same time period.  (Because schools and school libraries had to be counted separately, for a combined total of 7,707 challenges in 20 years).
6.) The Adventures of Winnie The Pooh was banned in Russia in 2009 simply because one person owned a swastika bearing Pooh bear, thus Russia accepted the idea that Pooh bear is pro-Natzi and anti-Russia.
7.) A Wrinkle in Time was banned because some people believed L’Engle was considered to be too passive in her inclusion of Christian themes (when compared to writers like C.S. Lewis).
8.) Green Eggs and Ham was banned in China because some people considered the Ham to be a sexual innuendo and Sam-I-Am was considered a devil-like figure.
9.) Fahrenheit 451, a book about censoring and banning books, and been banned and challenged countless times.  That’s what you call ironic.
10.) Many plays by Shakespeare have been banned because they included cross-dressing characters.  I guess no one cares that when originally performed it was a male actor dressed as a female dressed as a male.

Here’s a link from Buzzfeed for a list of 15 books banned for the most unbelievably absurd reasons ever.
And here’s a comic. 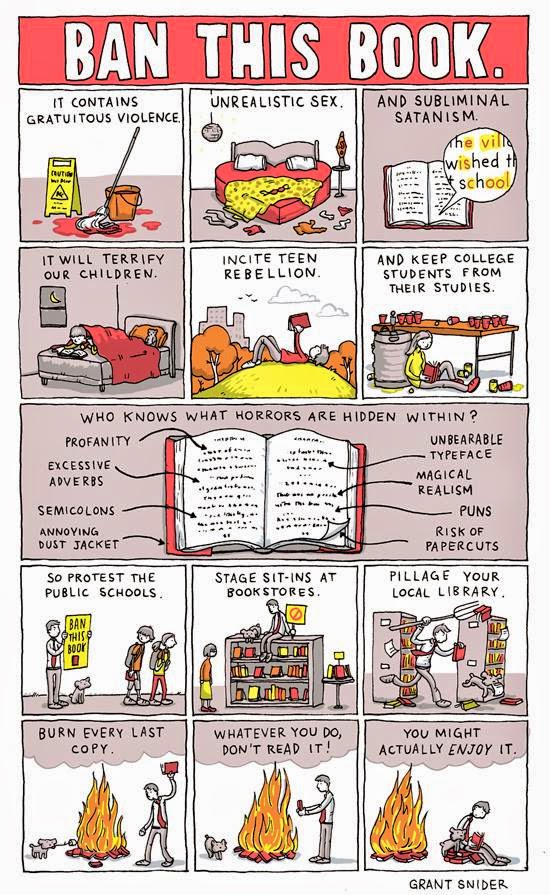 Celebrate the freedom to read.
~Alyson