In trying to stumble upon inspiration for this blog post, I found a lot of advice on improving dialogue. I thought about using that, but honestly I would have no idea what advice to give. Unlike description, dialogue is one of those things that comes super naturally to me. I get a lot of compliments on how real my dialogue is, but I don’t really know what I do to make it so special. Until someone told me, I had no idea my dialogue was even any good.
And that’s how I picked my topic for today- Description, my arch nemesis.  I could compile a lot of advice on how to enhance description in writing because it’s something I have to work at constantly. Every few hundred words I have to remind myself that description needs to be included because if I don’t, I’ll forget and it won’t get included. I am terrible at it.
One of the reasons why Shannon Hale’s books are my favorites is because of the beautiful way she describes everything. It’s poetic and flows so perfectly. It’s something I don’t think I’ll ever be able to do, but I’m still going to work at it so I can get better. 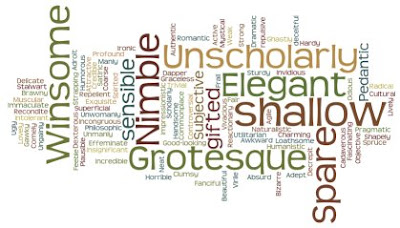 This advice is gathered from fellow writers because my own advice sucks.

2 thoughts on “And How Does That Make You Feel?”