A while ago I realized I never really finished my series on the LTUE panels I attended. I know that was back in February and now it’s September (almost October), but I’ve had a lot of other things to talk about since then. And now I’m a day behind my schedule and I’ve run out of blogging topics, so I’m digging back into my lovely, old journal of randomness for something to talk about. Be warned, though, the recollection of these events are a little rough due to the fogginess of my memory. This is mostly me rambling about topics they mentioned. 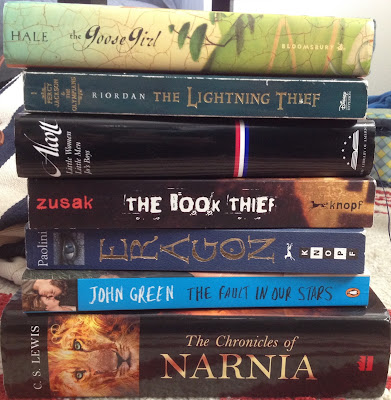 This panel consisted of Tyler H. Jolley, Bree Despain, Kasie West, and Clint Johnson. They talked about a few different things that are commonly associated with YA novels, but Character and Romance seemed to be the two main things.

When coming up with characters for YA novels, remember that the primary audience of YA novels are teens trying to find themselves, so character is one of the major details that need to be worked out.  Typical YA characters are insecure in their struggles, but find strength in the end. All four panelists agreed that researching voice is important.
Bree said that she watches movies and reads a lot of other YA books to figure out personality. One of her main characters is a singer, so she had to put herself into the mindset of a young singer to write. Her character would notice certain things that other characters might not, like voice and other sounds. If her character were an architect, then things like setting might be more important.
Clint pointed out that one mistake people make is in recreating real life speech. People use words and phrases that don’t fit to their character. Pay attention to what story is actually being told and remember that in your writing.
Tyler pointed out the importance of character sketches rather than researching characters. If you only research characters, then you’re just copying someone else’s work. Take little pieces from other characters that fit together into your own. But sketch them all out so the characters feel rounded.
The conversation quickly turned to Romance, since that’s one of the most common genres associated with YA. Seriously, though, I have a hard time finding YA novels without some romance in them. But there’s a big difference between a romance novel and having romance in a novel. As someone who does not enjoy a gooey romance novel, I try to minimize it in my writing. I’ve struggled a lot with where to draw the line in Powerful because it does add a lot to the actual main plot of the story, but I also don’t like romance plots.
Kasie’s advice on romance was to see where your book goes. If romance seems to fit in, then include it if you want. If it doesn’t really have a place in your story line than don’t force it in there.  She did also mention that there is a smaller market for YA novels that don’t contain any romance.
Clint pointed out that with the majority of a YA audience being young teens, they often struggle with loneliness and friendship, and when you read YA novels the line between friendship and romance is often blurred because the writer feels like romance NEEDS to be included. This goes along with what Kasie said about making sure it really has a place in your novel.
YA readers like characters that are better than them, but still within reach. Everyone hates characters who are perfect. Characters must drive the story and make changes in their lives. It’s not necessarily about plot. Bree gave the advice to note what makes a character compelling whether you like their personality or not, specifically loved ones and motivation, because it can make even the most despicable character relatable.
Then the conversation evolved to MG vs. YA vs NA. For those who don’t know, MG means Middle Grade which is usually aimed for 8-12 year olds. YA is obviously Young Adult and is aimed at 12-18 year olds. NA stands for New Adult and is the step between YA and Adult.
Kasie explained that genre is defined by content (violence, language, etc.) so sometimes a book starts out as YA, but could actually be MG. Bree used the example of Percy Jackson and the Olympians, which is mistakenly called YA when it is really MG. The sequel series, Heroes of Olympus, is YA.
All the panelists agreed that the best way to aim to YA is to make sure your characters are in that age range (not necessary, but helpful), keep the book hopeful, quick pacing, and make sure the content fits in the age range for YA. But remember that not every YA reader is 12-18. Many adults read YA books because they don’t connect as well with the more adult style, length, and plot. But as Bree noted, writing for YA is not the same as writing about YA.
Then they each mentioned their biggest No-No:
Bree said that the YA protagonist has to fix the problem, not an adult. Kasie mentioned that hard topics don’t have to be sugar coated for YA readers, but make sure it’s age appropriate. Clint brought up the idea of what is really important to a teen- acceptance. It’s really important to not talk down to a YA reader or character, and to have someone other than a parent show love and acceptance to the characters (which is why romance is so often included).
All in all, there’s no right way to write a YA novel. The genre is fairly broad, and there are so many genres that cross with YA (romance, fantasy, paranormal, dystopian, contemporary, etc.) that expand the reach of YA novels. The advice everyone gave was to just write, and write the story you want to tell.
~Allie