Some of you may remember my friend, Kristen Kooistra, from my “A Day in the Life of…” series. She is a mother of three crazy kids, and writes whenever they give her a moment to spare. After some time, those spare moments started to add up and pretty soon she had a book written and edited, and now it’s going to be published! 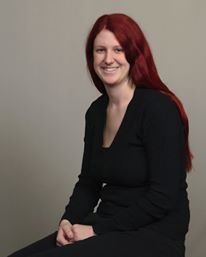 Her debut novel is called Heart of the Winterland. The story follows five different characters, Princess Calisandra, her companion Voice, the sorceress Amee, Captain Kota, and the fugitive Angel. Here’s the preview-

The Princess
On her 100th birthday, the enchantment that holds Princess Calisandra in a state of apathy breaks. Full of questions about her kingdom’s history and what lies outside the borders of her snow-cursed kingdom, she leaves home in search of answers.

The Sorceress
Fate has always been against Amee. Orphaned as a baby, she grew up with darkness snuffing out what little light she could find in her life. When her spirit breaks, she sequesters herself in the border forest. Powerful and angry, she waits…

The Fugitive
A desperate search has brought Angel far from her home, but now Captain Kota’s relentless pursuit keeps her from her task. When she crosses paths with a naîve princess and a sage orb, she finds more than she anticipated. 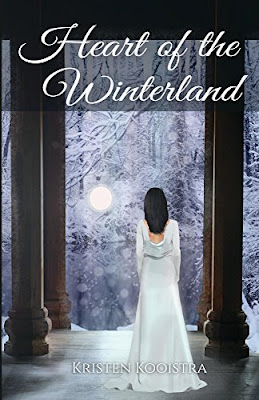 Here’s a bit more about Kristen-
Kristen Kooistra fell in love with reading at a young age and never resurfaced. She loved solving mysteries, riding across the prairie, and sailing on the open sea. But her favorite books were those that held the fantastical. So when the time came for her to seriously approach publishing a book, it had to be fantasy!

Living in Michigan(her own winterland) with her husband, three kids, and two cats, she has lots of free time… Okay, so more like she squeezes in writing time late at night when only the cats are awake to pester her.

“Heart of the Winterland” is Kristen’s first novel, and though it started as a whim, it grew into so much more and has inspired a sequel (in progress), “Heart of the Sorceress”.

Tucked into a quiet countryside, Kristen spends most of her time being Mommy. She loves spending time with her family and hopes that her writing will entertain and inspire them as well.

For more information, check out her website and her blog.
Preorder Heart of the Winterland now on Amazon! It will be available on June 15!

3 thoughts on “Heart of the Winterland”