Now that Camp NaNoWriMo is over and I’m back to focusing on Powerful, I realized I needed a set schedule in order to motivate myself to get work done, the way Camp NaNo motivated me to work on A Fairy’s Tale.
My writing group recently started working on query letters, and I realized that I want Powerful to be ready to query by the end of the year. So with that end date in mind, I started drafting myself a schedule. 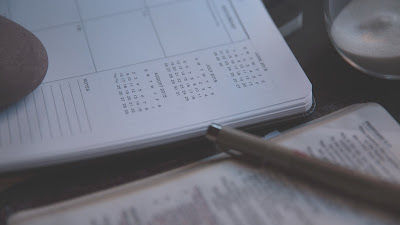 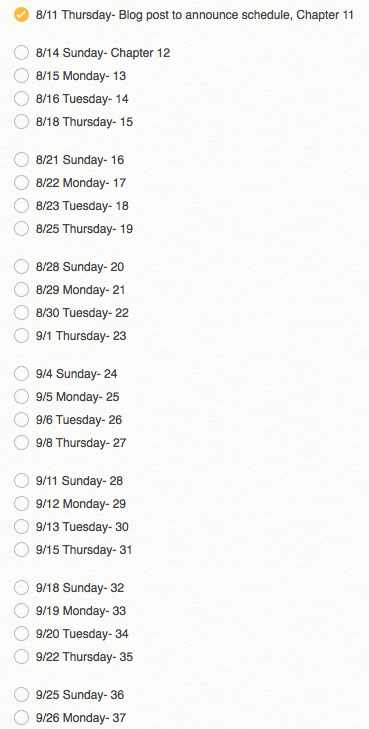 I have 27 chapters left to edit (that number may vary depending on what changes I make for this draft). I can’t edit on days that I work, so I gave myself Wednesdays and Fridays to work on other things, like A Fairy’s Tale and critting on Scrib, and I gave myself Saturdays as a break from all things writing. With that, I gave myself until September 30th to finish Draft 2.
I’m planning to take a break from Powerful for the month of October while I wait for feedback. Come November, though, I’m going to have another checklist like this one to get through Draft 3. I’m making all of my major plot changes and things right now (like deleting a character and making sure everyone’s arcs are complete), so I’m hoping the changes between Draft 2 and Draft 3 are minimal.
Once Draft 3 is finished, I’m sending it out to beta readers. I’ve got friends and family who are dying to read it, especially my 14 year old Brother in Law who is constantly pestering me. So now I’m giving him a deadline in December to give me overall feedback to put into Draft 4.
Draft 4 is going to be read through by me and a very select few for final approval, and the plan is to have that draft be the final draft. Come December, the plan is to start submitting Powerful to agents and publishers.
Now that I have a plan written out, it’s time to get to work! Back to editing!
~Allie