Back when I started this blog, I was working on a novel that was supposed to be part of a trilogy. That novel was called Rose. It was a retelling of Sleeping Beauty set in modern-day France because I love France.
Unfortunately, the story didn’t end up panning out. There wasn’t enough content to it to fill up a whole novel. I decided that since it was going to be part of a trilogy where the characters interact, that I would combine all three of my story ideas as novellas into one novel. But I put it off because something wasn’t right. 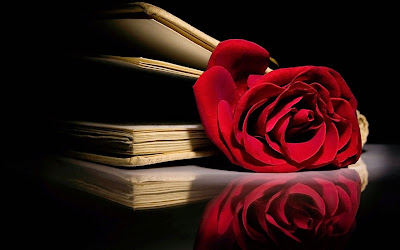 My other ideas, my retellings of Cinderella and Snow White, also were not panning out. The stories didn’t quite make sense and their plots were also seriously lacking in depth. Eventually, I was inspired with other ideas for retellings for both those tales, but they didn’t fit along with Rose, because they both took place in medieval times and were set up to be more traditional fantasy stories. So what was I going to do?

A few months ago, my online writing group decided to put together an anthology. And what was the theme that we selected for our anthology? Fairy Tale Retellings.
Do you see where this is going? That’s right! The wheels in my head started turning immediately, and I thought, “Why not?” So I did. I adapted my idea for Rose and I condensed it into a short story! I’ve been working on it for months and now it’s finally finished. I reworked some bits of the story so that there’s only one aunt instead of three, and I ended up changing the name so that it fit to this version of the story better.
Want to know more? You’ll just have to stay tuned. Rose & Thorn will be published in From the Stories of Old, a Collection of Fairy Tale Retellings, a JL Anthology in December alongside twelve other fairy tale short stories. They are all amazing, and I can’t wait to share them with you.
~Allie