I have always loved the Disney version of Beauty and the Beast. I mean, what bookworm didn’t want to be Belle? I mean, THAT LIBRARY. It’s no question what inspired the two story library inside Floures Academy in Powerful. SO MANY BOOKS. 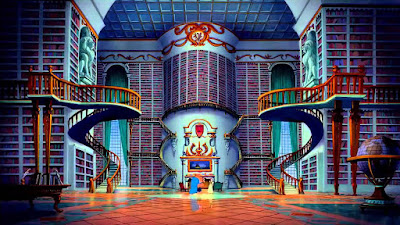 Anyway, I never had any problems with the plot of the original animated movie. Sure, there could’ve been more backstory for EVERYTHING, but isn’t that how most stories go? We want to leave a few questions unanswered. And the plot could’ve been a lot worse, like Disney’s animated versions of Snow White, Sleeping Beauty, etc.
Now the new movie is out, and it’s breathtaking. The things they can do with computer generated graphics is truly astounding. But…that doesn’t make the writing to be any less important. When Disney first put out Snow White, it was for the animation, which was truly groundbreaking technology at the time. Disney was known for its animation, not its story telling. And that’s why Disney did so many already well-known stories at first.
Since then, Disney’s told some major, groundbreaking stories. And that’s why I was disappointed with the live-action Beauty and the Beast.

For starters, I have problems with any movie that casts that many well-known actors right off the bat. I mean, most of them weren’t even human for the majority of the movie, so what was the point? Disney didn’t need their names attached to the movie to make it a success. And only some of them had previous experience singing. If they really wanted these actors, why not do what the live-action Cinderella did and eliminate the musical part? And if you really wanted it to be a musical, why not pick actors who have more vocal performance experience?
Emma Watson’s iconic role as Hermione Granger is hard to erase from our minds. And for a role that relies so heavily on singing, it’s hard to get past the auto-tuning to her voice. But she’s not the only problem. 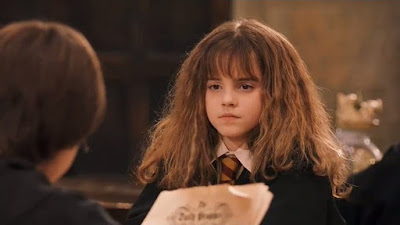 Alongside her, Disney cast Ewan McGregor. If you haven’t figured out by now, I’m a huge Star Wars geek. So getting over Obi-Wan Kenobi playing Lumière is impossible in my mind. Every time he spoke, I was giggling uncontrollably. I just had this image in my mind of Obi-Wan twirling a lightsaber around, singing, Be Our Guest during the whole movie. Seriously, I walked up to the theater singing a version of Be Our Guest with Star Wars lyrics. Also, why is he STILL the only character with a french accent? 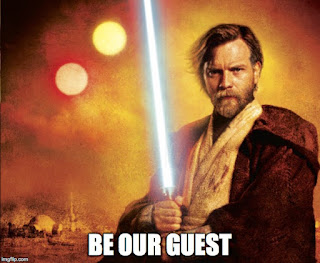 Sir Ian McKellen has been in everything. I mean, he’s Magneto. He’s Gandalf. He’s Sherlock Holmes. Among a hundred other credits, he’s now Cogsworth. Is that really necessary? It’s like clash of the fandoms here.
I can get past Emma Thompson playing Mrs. Potts, and I actually think Josh Gad did an amazing job at playing Le Fou, and his character had some awesome developments that brought him out of the background. I mostly ignored Stanley Tucci through the whole movie, too. He didn’t have that big of a role. Unfortunately, while Luke Evans looked AMAZING as Gaston, I was heartbroken when I heard the clip of the song Gaston because his voice was overpowered by everyone else and the music. But he pulled off the part pretty well. 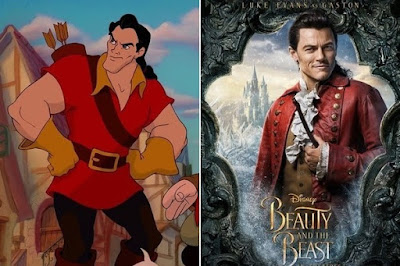 The one role I thought they cast perfectly was Dan Stevens as the prince. Not only did his voice as the Beast give me chills, I thought he looked the part at the end of the movie. He was definitely my favorite character. And I loved the new song, Evermore. It sounds like it was written just for him. 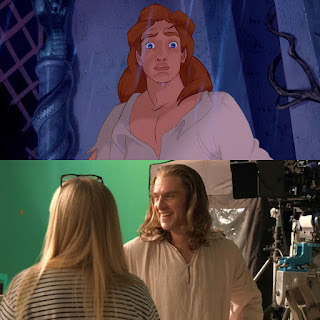 Now, one thing I loved about the live-action Cinderella movie, was that it strayed from the animated version’s story. Beauty and the Beast did not stray enough from the animated movie’s story line. Sure, they added in a bit on Belle’s mother, and I loved the Beast’s backstory explained, but it wasn’t enough. I mean, the movie was 2 hours long and I think I was more confused about the parts they tried to expand on than I was before I went in.
Gaston talks about a war. Once. If it’s only important enough to be mentioned once, why mention it at all? That’s a sign that the writing isn’t tight enough, or that something got skipped over in edits. Oh, they talked about Gaston being a Captain, too. But what does it have to do with anything in the scene? I’m still not sure. I think they could’ve added in more about the war to explain why the town loves Gaston (since that was conveniently left out of the animated version) so much. Maybe he actually did something worthy of receiving so much admiration.
Oh, and he and Belle have some mysterious history since Belle says, “No one can change that much.” when she rejects his proposal (but was it really a proposal? I’m still unclear on that whole scene because it was rushed so quickly to get to the Beast’s character). But what did he do that turns her away so adamantly? We don’t know! It’s not like he tries to trick her into a wedding with the whole town waiting out front while simultaneously insulting her intelligence and completely ignoring her feelings. In fact, he actually tries to get to know her. He tries to help her feel more welcome in the town after the rest of the townspeople destroy her invention and insult her intelligence. And that’s even after he tries to get to know more about her interests. I mean, he’s actually kind of awkward and sad. He’s definitely not the Gaston we knew from the animated version. So, I want to know what happened between them because something was missing from the movie!!!
All in all, the beginning was rushed. It was like they were trying to hard to get through the songs we knew to get to the new ones. But, once you get past the hurried exposition that does more telling than showing, the movie was really enjoyable. The only other thing I think was missing was a more definitive change to Belle’s character from the animated version. They made her an inventor! For one scene. I would’ve loved to see her do something like that when she was at the castle and for the Beast to compliment her on it, to directly contrast an earlier scene in the town where they destroyed her invention. It didn’t feel like a strong enough departure from the original movie.
It was still a good movie, and it had some astounding effects. But I don’t think I loved it as much as I love the animated version. Although, I do still have Evermore stuck in my head (it’s been days, guys). I still recommend seeing it, but don’t get your hopes up too high because it’s basically the same movie.
If you’ve seen it and you think I’m wrong, tell me why in the comments! I’d love to hear some other viewpoints.
~Allie

3 thoughts on “Beauty and the Beast Review”