Welcome to the Coiled blog tour: a collection of posts celebrating the release of the new YA Mythological Romance from Uncommon Universes Press and author, H. L. Burke. Via this link you will find interviews, informational and entertaining posts about the story behind the story, and of course, sneks.

For the past few months, H. L. Burke has been running random interviews on her blog. But this time, I get to turn the tide on her and now it is her turn to answer her own questions. Muahaha!!!!

But first, we have to find out about H. L. Burke’s new book! It’s called Coiled, and “it’s like Princess Bride, Beauty and the Beast, and Greek mythology had a baby!” In the vein of Eros and Psyche, two cursed souls find each other on a forsaken isle and together must shed the darkness inflicted upon them–or else live as monsters forever.

A healing touch. A hideous face. A looming curse.

As the ugly twin to a perfect sister, Princess Laidra lives her life in the shadows—until her parents offer her as bait for a giant serpent.

Her escape attempt leaves her shipwrecked on a secluded island with only one inhabitant: Prince Calen, who lives under a curse. If anyone looks upon him, he turns into a giant serpent. Speaking to him in the darkness, Laidra sees past the monster to Calen’s lonely soul, and she determines to free him from the magic’s hold.

But if Laidra can’t break the curse in time, Calen will become a mindless creature of scales and fangs forever.

Q- Favorite flavor (of what? EVERYTHING!)?

Q- Did you bring me anything?

A- Air from my lungs! I had a dragon handy, but he flew away. Probably for the best. Dragons involve a major commitment.

A- I am a weredragon but I only turn when you deny me my coffee. 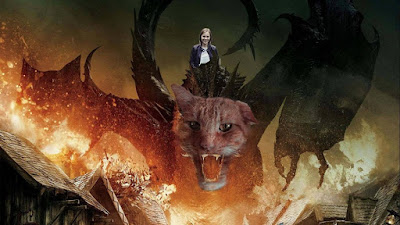 Q- You’re the next Disney princess. What fairy tale is your full length movie and how would you use your new ability to control woodland creatures?

A- Since Coiled is based on Eros and Psyche (which is the inspiration for a lot of fairy tales, like East of the Sun, West of the Moon) I’ll probably go with that … and the animals would definitely clean for me. It’s basic, but I hate cleaning, and animals are apparently really, really good at it. Other than that, the animals and I would just hang out. I’d go into the kitchen and there would be a couple of squirrels making toast, and when I’d sit down for a movie, there would be a deer at my feet and an owl on the back of the couch. 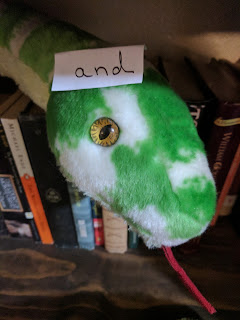 Q- If you favorite historical era had an ice cream flavor made in its honor, what would it taste like?

A- The Italian Renaissance tastes like strong coffee and sweet cream with a topping of the recently discovered chocolate, brought over from the new world.

A- Gets out the whiteboard because it seems to work on Numbers … Draws a large woodchuck. Writes a complicated equation on the board. Realizes this is the wrong equation, and she accidentally calculated the interior of the TARDIS. Erases the equation. Drinks coffee. Draws a bunch of dragons attacking the woodchuck. The dragons burninate the forest. There is no more wood. The woodchuck weeps softly.

Q- You have superpowers. What are they and what do you do with them?

A- Teleportation would be really handy, but I’ve always really wanted retractable claws like a cat. I’d just sit and flex them in and out and use them to open packages and maybe climb walls/large curtains.

Q- What method do you suggest for dealing with dragons?

A- Reading them stories. They like stories, but there are very few books in dragon size, so they are dependent on people for this, which is the main reason they kidnap princesses. Plus they have really good stories of their own, so you can usually work out some sort of story exchange. Theirs are, of course, of the oral story telling tradition rather than the written word, but that just means that even if two dragons tell the same story, they each put their own creative spin on it. 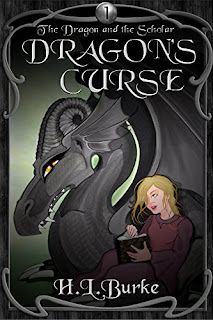 Q- If this question were any question in the world, what question would you want it to be and how would you answer it?

A- Hey, Heidi, what’s with all the dragons?

I think it tracks back to middle school when I very much wanted an iguana, but my mom would not allow me to have an iguana, or any reptile for that matter, so I got a plastic iguana that was extremely lifelike and it hung out with me a lot. Since then, I’ve done my best to incorporate dragons into my stories. They aren’t in all my books, and sometimes I only can work in a quick mention or reference (Like naming the pilfered gem in Nyssa Glass and the Juliet Dilemma the “Dragon’s Heart.”), but they’re kind of a trademark thing for me. I love dragons. 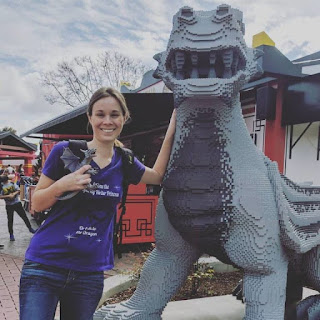 Born in a small town in north central Oregon, H. L. Burke spent most of her childhood around trees and farm animals and was always accompanied by a book. Growing up with epic heroes from Middle Earth and Narnia keeping her company, she also became an incurable romantic.

An addictive personality, she jumped from one fandom to another, being at times completely obsessed with various books, movies, or television series (Lord of the Rings, Star Wars, and Star Trek all took their turns), but she has grown to be what she considers a well-rounded connoisseur of geek culture.

Married to her high school crush who is now a US Marine, she has moved multiple times in her adult life but believes that home is wherever her husband, two daughters, and pets are.Follow her personal blog at www.hlburkeblog.com
on Facebook: www.facebook.com/hlburkewriter
on Twitter: www.twitter.com/typativemamacat
on Instagram: www.instagram.com/burkesdragons
or at her website www.hlburkeauthor.com

Also, specially marked blog posts are part of the Coiled scavenger hunt! Seven stops on this blog tour contain special Scavenger Hunt Clues, presented by #TheodoretheDragon and #PistachioSnek. Look for a photo of either or both of those little guys holding up a note. Each note is part of our secret phrase. When you have all seven pieces of our secret phrase, click here and tell us. All correct entries will be put into a random drawing for a signed paperback of Coiled. The winner will be drawn at our Facebook party on June 23rd. 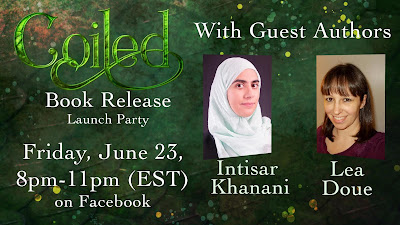