I can’t believe how fast June has flown by. And I haven’t accomplished anything writing-wise as I am currently counting down the days until Son of Mine is born. Between the major pregnancy brain and the major nesting, I haven’t been able to focus on anything writing related. It’s been really discouraging. So, it’s a good thing that it’s almost July.

That’s right, it’s time for round 2 of Camp NaNoWriMo! The only problem? Son of Mine is due July 13th. Yeah, so I really only get half of the month to actually work on my writing. But, I’ve got a plan.
As you know, another JL anthology was recently released, and we’ve already got plans for two more in the future. So rather than working on editing Powerful, this time I’m going to write the first draft of my next short story. Word goal is 7,000-7,500 words. Not too lofty of a goal this time, but that’s why I like Camp NaNo more than regular NaNo.
I like setting more realistic goals than writing a whole novel in a month, mostly because I burn out easily. While I can usually survive the month just fine, I lose all motivation as soon as it’s over. And I’m working on that because writers can’t take breaks. When you take a break, you’re not exercising your creative muscles, and just like regular muscles, they start to deteriorate when they’re not being used.
So I’ve spent the past week or so outlining my new short story. I’ve got a few different ideas for where the plot is going to go, so I’m sorting through everything before July starts to make my life easier once the actual writing part starts. Anyway, here’s a little sneak peek at what I’m working on. 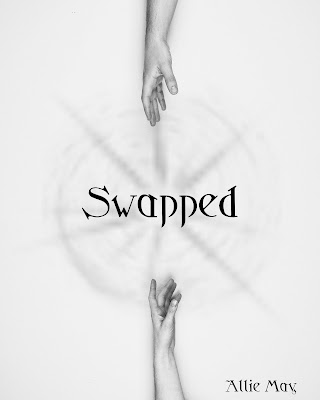 I’ll post my weekly updates on here as I go, but if I disappear for a while, just assume that I’m in the hospital or utterly sleep deprived. It’s probably better that I don’t try and write blog posts about writing when I have no proper brain function.
Ready? Let’s do this.
~Allie