Skip to content
7th August 2014 alliemay
As I said yesterday, I have been searching through prompt after prompt from my new book, 642 Things to Write About.  Some of the prompts are more specific while others are incredibly vague.  Here’s one of the prompts I found and at first didn’t think anything of it, but later as I was trying to find prompts specifically for Rose it jumped out at me. 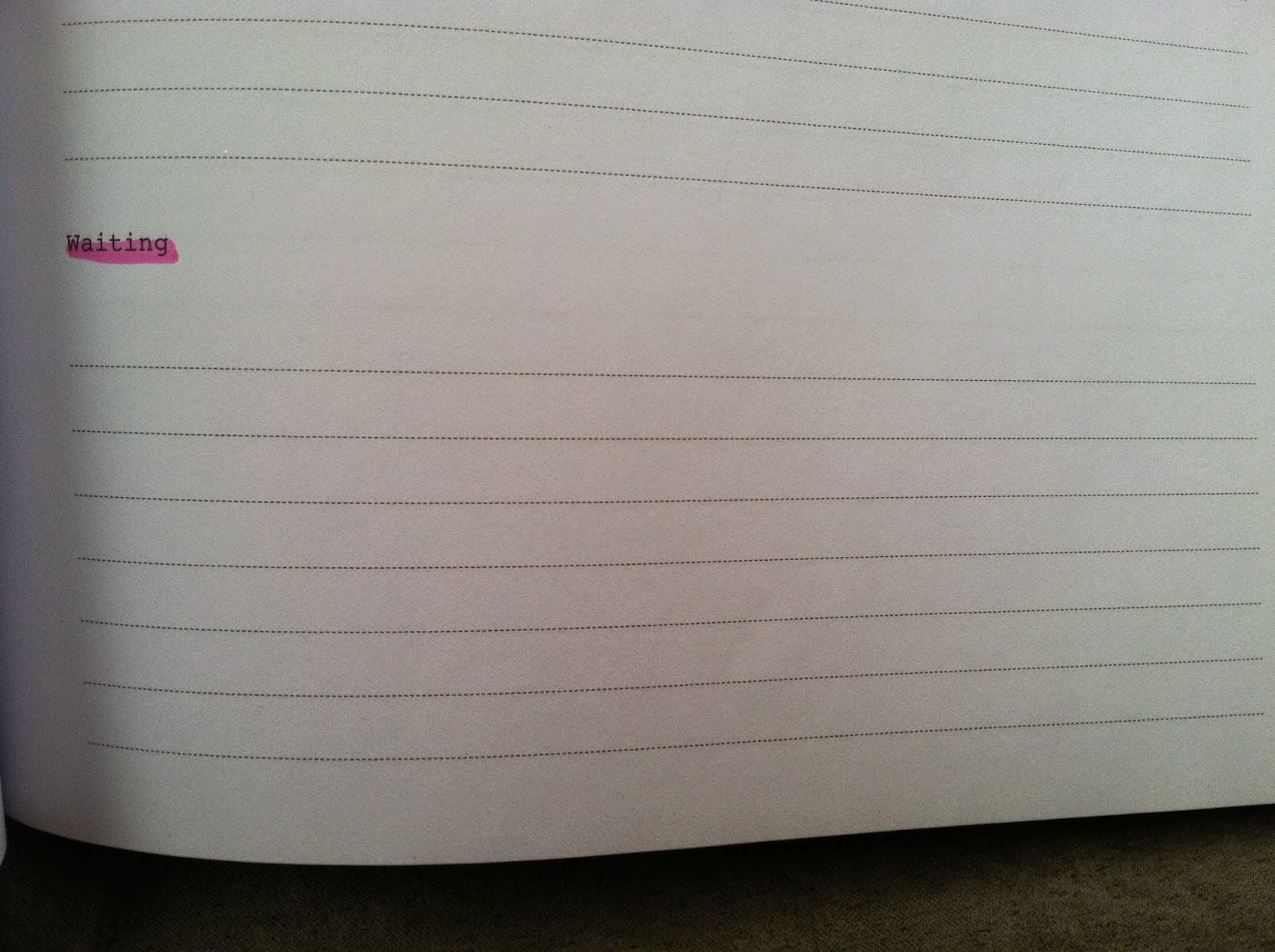 How completely vague.  But it got the wheels turning and I started planning a scene.  A scene I knew I needed to include somewhere, but I had no idea how I wanted to do it until I read that one word.  I thought I’d give you guys a look into my convoluted writing process by showing you the notes I took before I wrote the scene.  I had so many ideas to sort through as to how the scene would play out, but I hope it turns out just right to help the storyline progress. 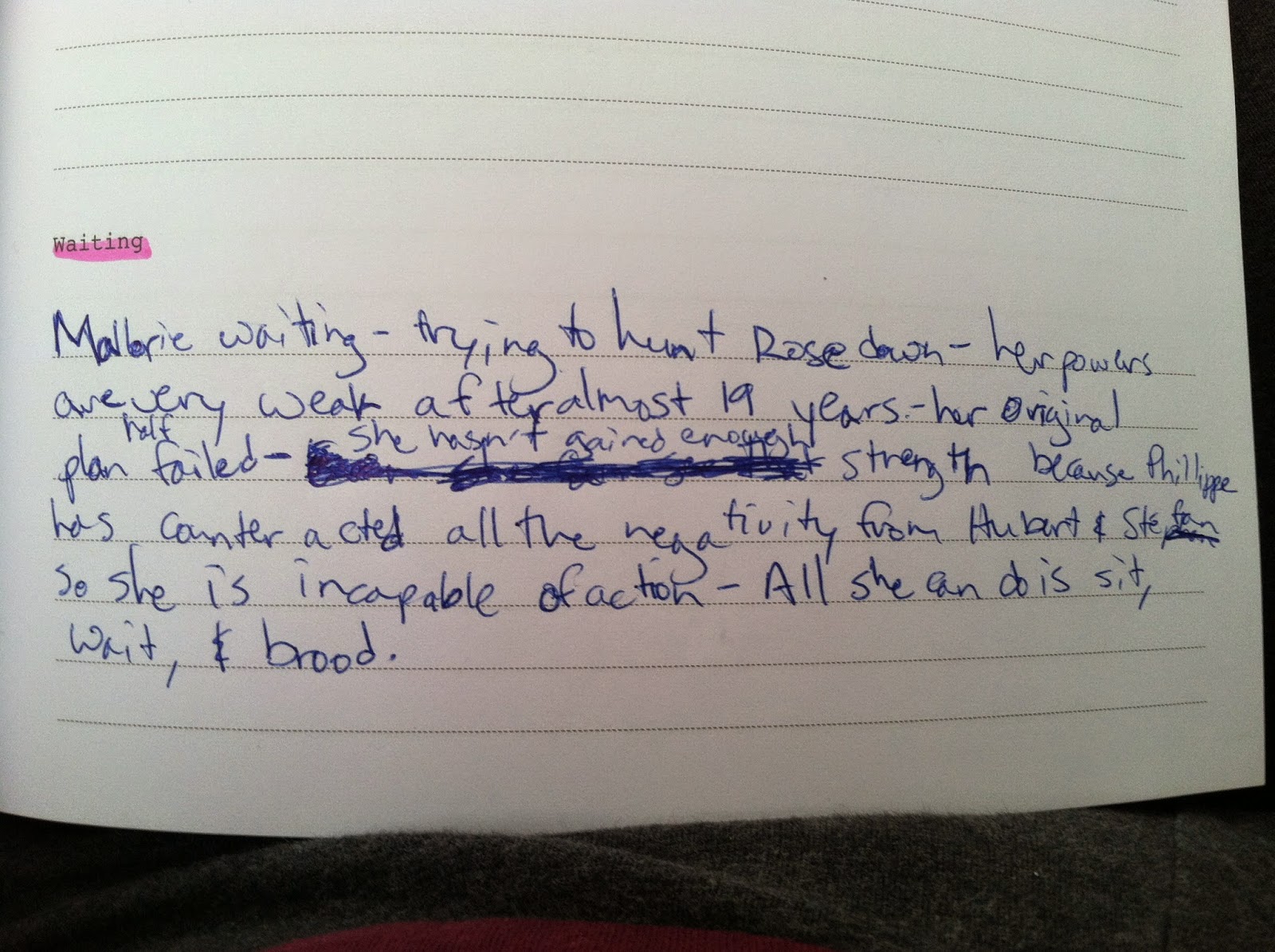 Anger and frustration bubbled just below the surface.  Patience was not part of her personality, nor did she want to it to be.  Patience was for those without her astounding powers.
Her powers.  It had been more than eighteen years since she had spent all her remaining energy on that curse, hoping to cripple the plans of those families who had once given her infinite strength.  But that time of power seemed so out of reach.  She used to be untouchable.  Now, her power drained, she felt frail and crippled.  Waiting was killing her.
The past eighteen years had been horrific.  When she left that party she had created a lot of panic.  The ensuing chaos had fueled her for a while, but when she felt the familiar drain of power, she had to start conserving again.  Then they insulted her intelligence by faking the death of that infant girl, as if she didn’t know what they were trying to do.  Whether she knew where the girl was or not, eventually the spell would catch her.  It was the waiting that was the problem.
The longer it took for the spell to find her, the weaker Mallorie grew.  It was rather lucky that even with the child out of the way, the two families still had just enough problems to keep her alive.  The spell drew power from her remaining strength, and if she and her powers died out, the spell would too.  If it wasn’t for that awful Phillippe.  He was making the wait so much worse.
It had taken about ten years of waiting in agony for the dark fairy to realize she had probably cursed the wrong child.  Phillippe had some sort of power over the families that was able to dispel the majority of the conflicts, causing Mallorie’s powers to weaken with every incident.  The incidents that had once empowered her, now forced her to wait.
And so she waited because she had no other choice.  What was she waiting for?  That depended solely on those two pompous men who were sworn enemies, except when it was inconvenient.  There was still a chance her plan had succeeded.  She could tell from the occasional flare ups of energy that they were indeed still having problems, but it was never enough anymore.  Was she really waiting for her ultimate triumph?  Or was she going to die waiting?
Something had to be done about Phillippe.  Just thinking of his name and the weakness he had brought upon her made her anger swell up.  Feeling no magical strength, she did the only thing she could. She marched across the dark room and pushed over the stone table.  As the thundering crash died down, she felt her weakness pulsing.  Dizzy, she fell into the chair that sat at the head of where the table was supposed to be.  How many hours had she wasted, waiting in this chair?
She needed to get rid of him.  It was the only way she could return to her former strength.  But that was impossible without any power.  Wishing she could knock over the table again, she sighed.  She would have to wait for more strength before she could do anything about him.
What would she even do to him when she had the strength?  Her last curse hadn’t gone so well.  Maybe she just needed to get him out of the way long enough to cause commotion.  If she had enough power to get him here, she wouldn’t need to use magic to hold him.  There were enough places to trap him and hold him until she had regained strength.  If only she had enough strength to track him down…She would have to start conserving every ounce of energy she had while she waited.
Rubbing her temples, she rose from the chair.  Patience was not for people who had her power, but she no longer had that power.  In order to regain it, she had to bide her time and stay calm.  She would regain her powers.  She would not fail.  She could not fail this time.