After a few days of a break from writing Rose, I started to slip back into my old EVIL habits of not focusing on writing at all.  Even though I was spending most of my time editing, my writing became incredibly rusty.  BAD ALYSON!!!!!  I started this blog so I wouldn’t encounter these problems!!!  So in an effort to try and break out of my foggy laziness, I am doing a Free Write to try and get words flowing again.  This was incredibly hard to write.  I’m hoping to do one Free Write a week to keep me from slipping back into my bad habits of not writing.  So here is today’s prompt: 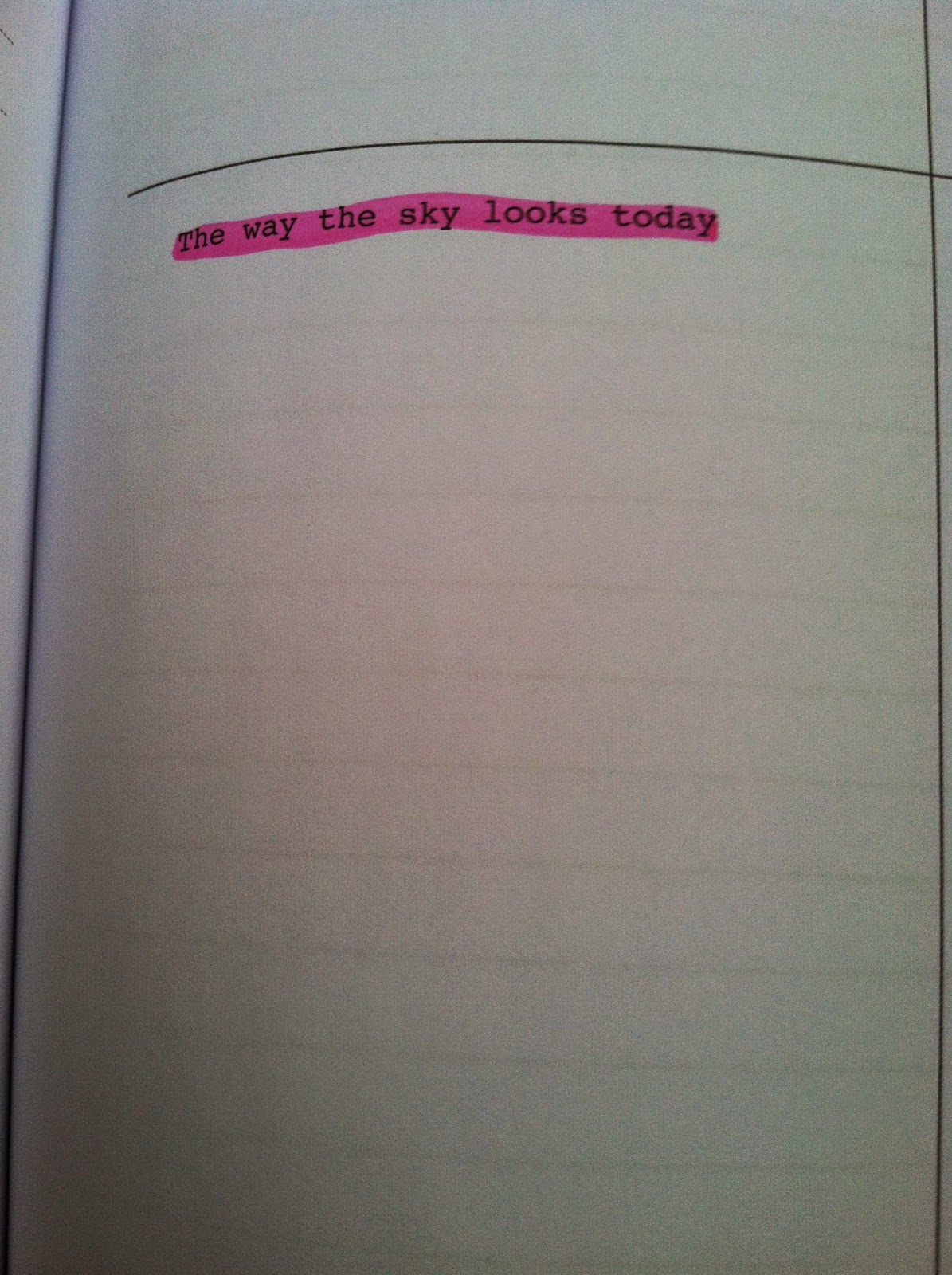 And here is what the sky looked like today: 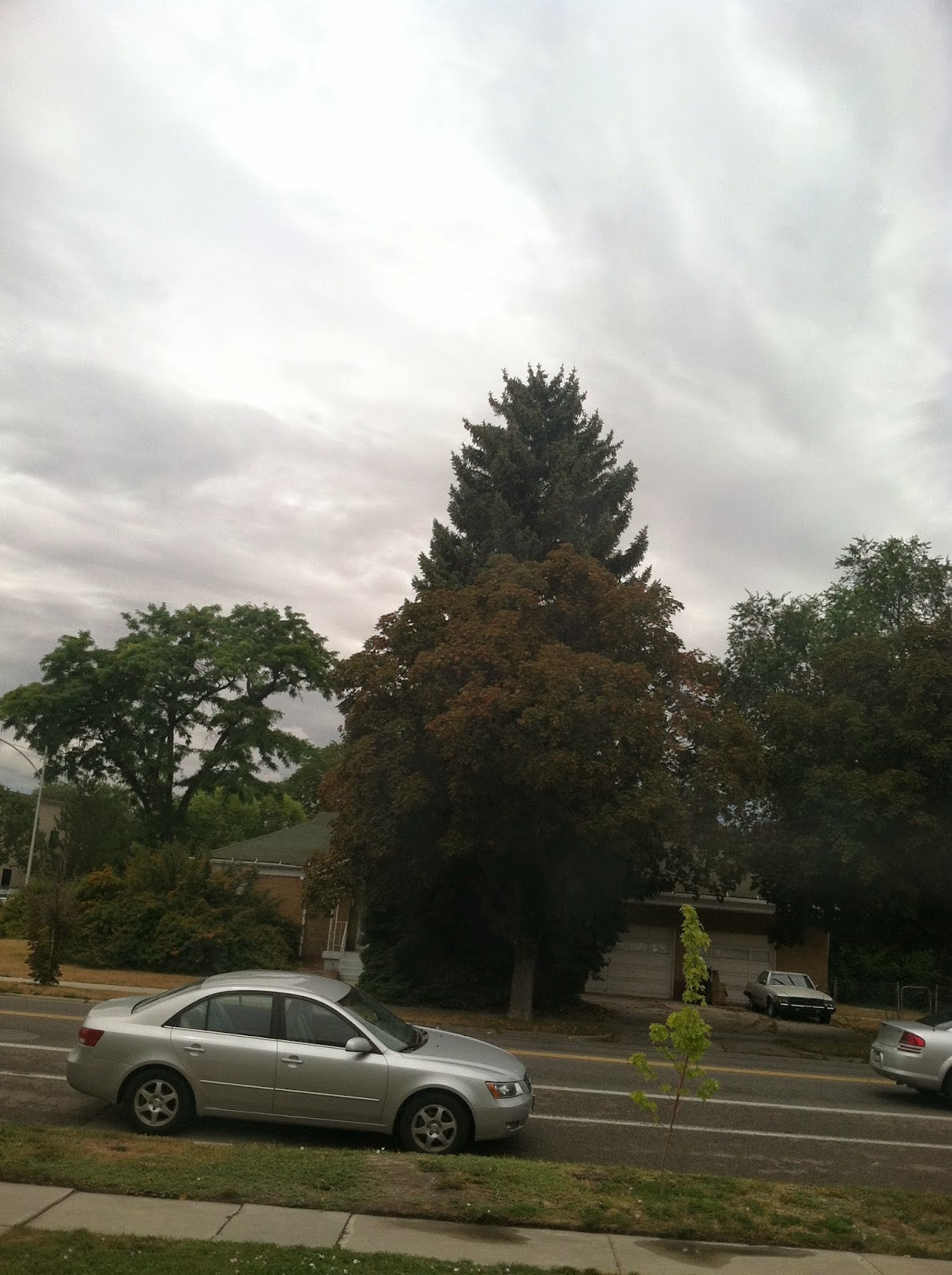 After some time debating if I should put this in my perspective or Rose’s, I decided that I would do it from Rose’s perspective.  This is taking place right where the last chapter left off.  Rose is trying to cut Phillippe out of her life after getting in trouble for going to Disneyland.  Her perception of the clouds show how her character has evolved from the beginning of the story until now.  I’m planning to include this in the next chapter of Rose, probably after some tweaks since I’m sure this free write is going to be super rough.

The silvery clouds had dropped over Domfront during the night, trapping Rose in their arms.  They were too light to be considered gray, but they weren’t light enough to be considered white.  Overall they just seemed blindingly bland.  Just like working in the shop.  She struggled to stay focused on her menial tasks at the register, but everything she did seemed as dull as the continuous shroud enveloping the town.  It was hard to focus when she had memories dancing at the back of her mind, memories of music and magic.
And Phillippe.
No.  She wasn’t allowed to focus on him.  She had to stay here in the shop and work to support her family.  She didn’t have time to be selfish.
Refocusing her mind, she returned to continue her blank stare out the window at the wall barricading the outside world from view.  It was as if the clouds descended to reinforce everything her aunts had reminded her of when she had told them of Phillippe.
Things outside Domfront were dangerous.  People could not be trusted.  What if something had happened to her?  What would they tell her parents?
They were smothering her into compliance.
Having seen parts of the world outside Domfront, Rose knew things were not as dangerous as her aunts made it seem.  That part didn’t have much effect on her.  But when they brought up her parents, she knew she had made a wrong choice in leaving all those times with Phillippe.  What if something had happened to her?  How would her aunts know?  How would her family find out?  What would they do without the money she earned?  Swallowing all thoughts of herself, she knew she had to forget about Phillippe and all the things they had done together if she wanted to continue helping her family.  They needed her here in the store.
This routine felt so stale, though.  The urge to flee throbbed wildly in her chest, making her heart beat violently against her ribcage.  Even if she did forget her family and ran, she had no place to go.  Phillippe wouldn’t be waiting for her anywhere.  Not after the text she had sent him that morning warning him to stay away from her.  He could never come back here.
Stifling the heartache that welled up inside her, she cut off all feelings.  She was no longer allowed to feel.  Feelings just allowed everything to get cluttered and disorganized.  She had to remain empty.
That was when the sky started to cry for her.