It’s been four years since I first attended LTUE. I was so overwhelmed the first time. I got lost trying to find panels, I was afraid to talk to anyone, and I felt like everyone knew so much more than me. I had no clue what was going on, but I quickly found out about kaffeklatches with popular authors, book signings, and pitch sessions with publishers.

When I saw that one of my favorite publishers was holding pitch sessions, I knew that one day I wanted to pitch my novel at LTUE so in the future I could sign books at LTUE. I knew what I wanted so badly, but it was going to take a lot of work to get there. 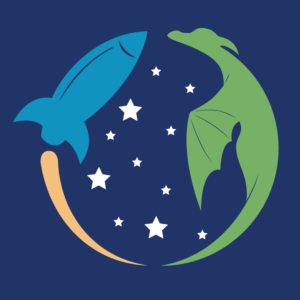 Last summer, I moved back to Utah, and I immediately bought my ticket and started making plans for LTUE. Of course, now I have a child which makes it a little harder for me to go places during the day. Or at all.

After struggling to figure out plans (which involved my mom flying out to babysit for three days), I made the decision that my book was in a place where it could be pitched at LTUE. I set myself a goal to finish this round of edits by January, so I’d have a month to fix typos and odd phrasing from my copying and pasting that didn’t quite work. And you know what? It worked. I finished this draft, I sent it out to beta-readers, and I made some necessary changes.

And I booked my pitch sessions.

But that’s not all. Since I last attended LTUE, I’ve also been published three times, with a fourth on the way. After discussing with my editor/publisher, she decided to join me at LTUE and we booked a table for the book signing.

I accomplished my two goals in one shot. I pitched my novel to three publishers, sent them my manuscript, and now I’m waiting.

Waiting is boring. So I started working on a new idea. Doesn’t matter that I had two other projects I was working on (both series!), now I needed to plot out a third one. And I did. And now I have three series to write, and I’m excited about all of them. One goal done, another set. And another victory for the inspirations that sprout from a writing conference.