This is some super exciting news for me and for a fellow writer.  Beggar Magic by H. L. Burke has a cover and a release date!  I was a kind of beta-reader for this book through Scribophile.  I was the first person to read it all the way through (because it was that riveting for me), and she really developed the plot a lot because of comments that I (and a handful of others) made on it.  It’s a cool experience for me because this is the first time my comments led to major changes in someone’s writing.  She added a whole extra chapter just to address some of my concerns, and snuck in an underlying subplot because I said I thought it would be cool.  It’s a really well thought out book, and it’s so cool. 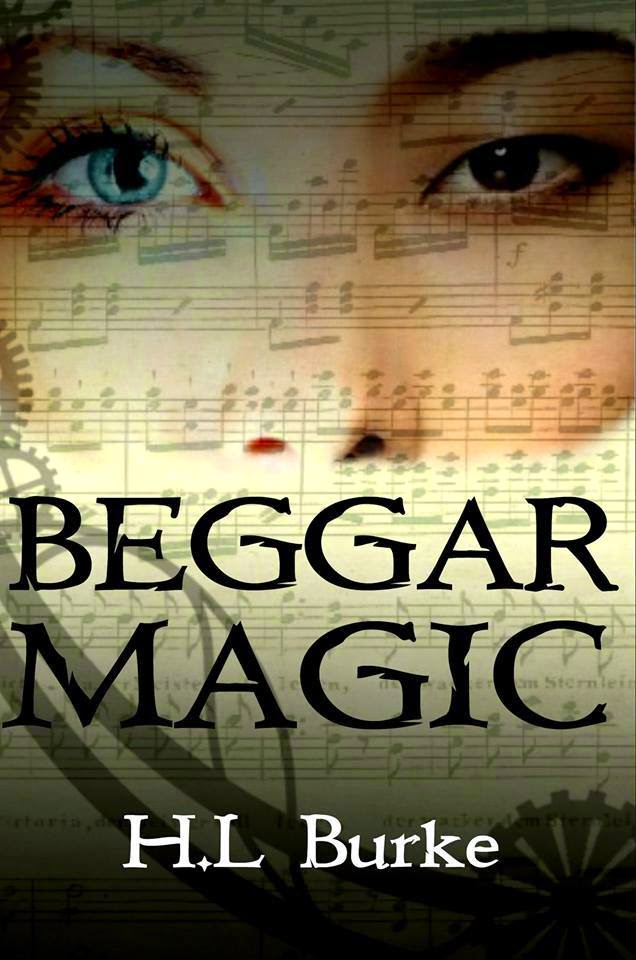 In Gelia City, magic is audible, a constant ever changing music known as the Strains. The use of the Strains divides the city into three classes: the academic Highmost who can hear the lyrics to the music and access greater power; the Common, or tradesmen, who hear only the melody and are limited to mundane spells known as beggar magic.

Fascinated with the Strains, young Common girl, Leilani wanders away from home and befriends a gifted Highmost, Zebedy. Their friendship endures in spite of their differences; however, as Zeb draws Leilani further into the Highmost world, Leilani discovers a hidden threat to the Strains. Dead spots are popping up all over the Highmost manors, consuming the Strains and leaving only cold silence behind.

Leilani and Zeb will do anything to save their beloved Strains, but anything might include sacrificing their friendship or even their lives.”

Here’s a link to the preorder on Amazon.  It will be released December 9th.  Anyone who is looking for a YA Fantasy about two unlikely friends struggling to make it in a society based solely on one’s born abilities with audible magic, the this book is for you.  I would recommend this as a Christmas present for anyone with a tween or teen daughter who loves to read fantasy.  It’s a really cool concept, and written by an incredibly talented, self-published author.  She self advertises, writing for the pure joy of writing rather than for the fame and fortune, so I figured I’d spread word of her book, because I can’t convey to you how awesome this book is.  She didn’t ask me to do this, this is my honest opinion of the book.
She’s published other books as well, and here’s a link to her Amazon author page to check out her other books.  She just released the last book in her series, The Dragon and the Scholar, and I am hoping to get to read those books soon.  She’s also got a Facebook page if you’re interested to check that out.  I know, shameless advertising, but she deserves it.
That’s all for now!
~Alyson