I’ve spent a lot of time thinking about book genres recently.  Why?  Because as I’ve been on Scribophile critiquing works, I discovered that I won’t look at anything unless it’s fantasy.  Why? Because I’m a total geek and I love fantasy.  If you didn’t know that fantasy was my favorite genre, then you should probably go back through my blog and read my writing.  It’s pretty much always fantasy. 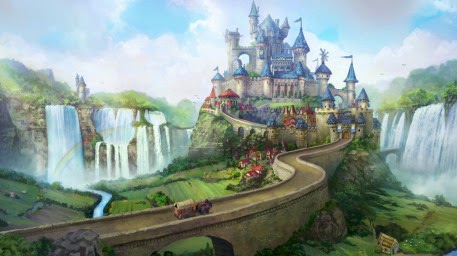 But why am I only looking at fantasy books to critique?  I read other genres besides fantasy.  I love reading mysteries (especially Mary Higgins Clark!), action/adventure, dystopians (as long as it’s got true dystopian elements), historical fiction (WWII primarily, but I’m not too picky), and sometimes a good sic-fi.  I guess I am looking for fantasy because I love to write fantasy, and I think I can give the best feedback and writing tips on a genre I’m good at writing.
I struggle brainstorming and writing anything that’s not fantasy.  I’m not a mystery writer.  Not in the slightest bit.  I will never be Richard Castle (which is my favorite tv show that’s still airing new episodes.  I just can’t wrap my mind around creating complicated plots like that, which is probably why I enjoy reading them so much.  I love to guess who the murderer is before I get to the end.  I can brainstorm ideas about dystopian societies, but when it comes to actually putting together a story, I just can’t do it.  I can’t figure out all the fine details and comments about the society to make it a good dystopian.  I’ve never really attempted historical fiction because I’m too much of a stickler for details being accurate (like in Rose, where I picked an actual town with actual stores, and an actual château with actual pear trees, and actual restaurants and tourist attractions).  I have attempted sci-fi, but nothing I’ve written has been that great.  I’ll just stick to fangirling over other people’s sic-fi (Doctor Who & Star Wars!)
I’ve seen a lot of writers who specifically have a genre they write it.  Mary Higgins Clark writes mysteries.  Rick Riordan writes YA mythology novels.  Stephen King writes horror/thrillers.  I write fantasy.  Why do authors have a specific genre?

In an interview I found, Mary Higgins Clark responded to the question about why she turned to mystery novels.  She said, “One of the best clues about what to write is what one likes to read. I decided to see if I could write a suspense novel. It was like a prospector stumbling on a vein of gold. I wrote Where Are The Children?, my first bestseller and a turning point in my life and career.”
I found that very interesting since fantasy is my favorite genre to read.  I love escapism.  When life gets overwhelming, I don’t want to be myself anymore because my life is overwhelming and no longer interesting.  I need another world to escape to for a little while so I can forget about my problems for a little while.  It’s how I cope with stress.  Fantasy is the best genre for that because it’s the genre that most commonly features other worlds.  I also love magic because it’s just so cool.  To have powers beyond normal capabilities is just so fascinating.  To see how people use powers for good or for evil leans toward my love of psychology and character analysis.  I love mythical creatures.  Dragons and fairies are probably my favorite.  My aunt and uncle, who have always wholly supported my love of writing and fantasy, gave me a couple of books all about fairies because they knew how it fascinated me (Thanks Jeannie and Luis!). 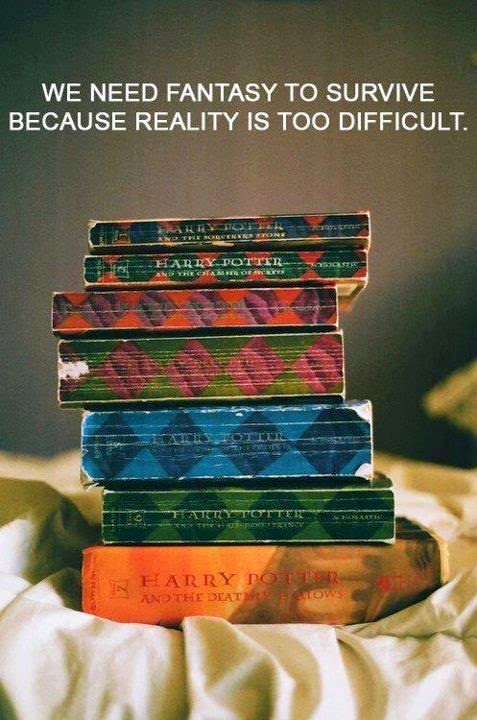 Memories of my childhood are all mixed up though, so I don’t remember which book was actually the first fantasy I read.  It may have been Harry Potter (not the whole series, but the first book probably since I read it in like second grade).  Other fantasy books I read as a kid (in no particular order) are Charlie and the Chocolate Factory, A Wrinkle in Time, The Chronicles of Narnia, Inkheart, Septimus Heap, Ella Enchanted, Peter and the Starcatchers, The Tale of Despereaux, Fablehaven, Half Magic, The Princess Tales, Eragon, Dragon Rider, Wayside School, Bridge to Terabithia, and most importantly The Goose Girl.  I’m sure I read many others, but I don’t remember every book I’ve ever read.  That would be awesome if I had a list, though.
Anyway, everyone has different interests.  Everyone enjoys different types of books.  Every writer has a genre, and every reader has a genre.  What is your genre and why?  Tell me in the comments!
**Here’s a list of genres: Action, Adventure, Comedy, Crime, Faction (factual fiction), Fantasy, Historical, Horror, Mystery, Philosophical, Political, Romance, Satire, Sci-fi, Speculative, and Thriller**
Thanks!
~Alyson