As I was going through my notes from LTUE again, I discovered another one of my favorite panels. It was titled, “What I Wish I Knew When I Started – Common Mistakes Made By New Writers”. Kasie West, Jacob Gowans, Joe Vasicek, Karen C. Evans, and Bree Despain sat on the panel. 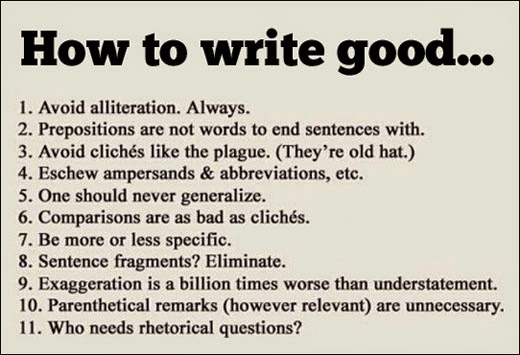 This was one of those panels that was pretty much a Q & A session without much of a direction, so this post might seem kind of random as I convert my notes into a semi-coherent blog post. Basically the answer to every question was “There’s not one way to do it.” Honestly, I could just leave that one sentence as my summary of the panel. But I really enjoyed hearing how these authors write, so while their advice can be summed up in a sentence, it’s good to hear how published writers handle things in different situations.

The first topic brought up was Plotting vs. Pantsing. I talked about what those mean in my Plotting post, but I’ll state the differences again. Plotters are those who plot out pretty much every detail before they write. Pantsers are those who don’t plot, they fly by the seat of their pants as they go. The authors on the panel mentioned that not only is every writer different, but every book is different as well. Not every book can be planned in the same way. Whether you plan out your entire novel or not, there will always be changes that need to be made. Your first draft will never be good enough.
When you’re struggling with a block, sometimes you just need to push through and continue going, but that’s not always the case even though it is one of the most common pieces of advice that writers receive. Finishing your first draft is a huge (and vital) goal to reach, but sometimes you need to walk away from a piece. Sometimes you need to take a break, even for a couple years. It’s up to your personal judgement which one is right for you. Remember that it’s okay to suck when you’re writing a first draft (or second or third, etc.). But also remember that if something is very wrong with your story, then maybe you need to go back and fix it before moving forward.
My favorite quote from this panel was, “There are rules to writing, but no one knows what they are.” Karen C. Evans said that. Something else that she said that struck me was that she has a story called Fang about a rat. Every time she gets stuck, she goes back to this story and continues writing it. It has no plot, it’ll never end, and no one will ever see it. Knowing that there’s no pressure to write this and there’s no limit to what can happen will help clear her head so that she can move back into writing something that will eventually be published.
I thought that idea was really cool. I’ve got some old stories from when I was in middle school. The concepts are absolutely terrible. The idea behind the story makes no sense, but I remember how much fun it used to be to write those stories. I wrote them for my friends and for the joy of writing. I think it would be a great idea to keep going with those stories for no one to see but myself as a way to clear my head and get words flowing when a block comes.
Some of Bree Despain’s advice was to finish your first draft, then put it away and get some distance before making edits. When you have a “disconnect” with the story, it’s easier to see your mistakes when it’s not fresh in your mind or close to your heart. She says that whenever she gets feedback from her editor, he makes her wait 5 days before responding to what he says so that she has enough time to fully process what he said and how it affects the book. Taking that time will help you make the decision that is truly best for your book. She also said that knowing your book is key to getting to the end. The author knows a work, but the first publisher who accepts your novel may not quite “get it”. Finding a publisher who understands it is very important so that you can work together to know what needs to change and what should be defended.
Kasie West said that there is no set number of drafts before a book is “done”. It depends on the story. She also said that there’s a fine line between revising to make it better and revising endlessly to the point where the voice of the story is lost. Endlessly editing will ruin the story. Getting feedback is important though, because reading the novel with fresh eyes is something the writer will never be able to do. Don’t be defensive when you get feedback. Be open to how other people interpret your book. She said your novel on paper will never be as good as the novel in your head.
Jacob Gowans said something that really struck me as well. He said that he always got the advice that he might not have the skills to write the idea that he had, so he shouldn’t write it. He said that advice is very wrong. Improvements can always be made to fix technical parts of your writing. Edits are always necessary before something is “finished”. If you’re passionate about a story, write it. If you don’t write, you’re not a writer.
I thought it was very interesting how many pieces of advice that I’ve received that was shot down in this panel. Pushing through to the end, while the disciplined thing to do, may not be the most beneficial thing to your writing. Waiting to write because you don’t have a certain skill is also bad. At some point at LTUE, I don’t remember what panel or who said it, someone mentioned foreshadowing. They said it’s impossible to foreshadow when you’re writing. You foreshadow in editing.
I know this post is kind of random and doesn’t have a direct sequence of thoughts, but I hope the advice is still helpful. Take what you will from it, but remember that there is no one way to do it. You may be a plotter, and you may be a pantser. You may need to push through to the end just to reach that goal of finishing your first novel, or you may need to walk away from the idea for a while. Everyone is different and everyone’s writing process is different. Just remember that you have to write to be a writer.
~Alyson