I’ve been making slow progress with the next chapter of Powerful. I found a new show to watch on Netflix, which was cool because it’s a historical fiction based in the 1500s about politics in France, England, Scotland, etc. It’s been really helpful to get me thinking about politics in Powerful, but it also meant I was getting distracted when I should be writing.
So now that I made it through the whole thing (yes, I binge watched the whole show), I’m forcing myself to do a blog post and a free write. Hopefully after this is done, I can dig into chapter 6 again and get it written. I’m super excited for chapter 7. *laughs evilly*
Back to the free write. Here is the prompt I picked. 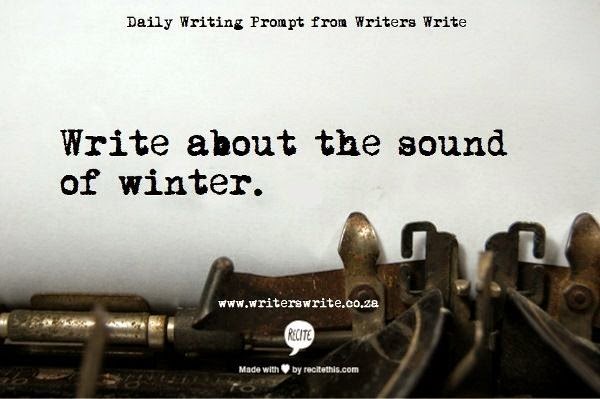 Growing up in Southern California, winter was no different from any other season (Seasons? What are those?), so it meant nothing to me as a child. It’s actually a problem I’ve noticed in some of my older writing. There are no seasons. I even struggled a little in Rose, though I did write in some snow in winter. It was easier The weather is a beautiful and clear 70ish degrees throughout the entire story. Time stands still.

One Thanksgiving while I was in high school, my family spent Thanksgiving visiting my sister in Flagstaff, AZ. It was very snowy the whole trip. While I may live in Utah now and I know what seasons are, this was probably my first real experience in snow. At the time, I was writing Misunderstood, which I’ve posted parts of here on my blog.
Anyway, we were staying in this cabin, and I don’t remember what happened, but I got into a fight with one of my sisters (which is a common occurrence). After we argued, I went downstairs in the cabin and my family was calling for me to come back upstairs, but I wanted to be alone, so I went outside. It was dark. It was snowing. It was cold. I was in my pajamas and slippers with no jacket, wrapped in a thin blanket. As I stood there on the porch looking at the snow, a scene for Misunderstood played out in my mind. Moxi is remembering pieces of her past. I’ve never written the scene down, but it’s never left my mind. So now I’m writing it down.

If there were two things I hated most, it would be getting wet, and being cold. Traipsing through the snow, I was miserable. Why did it have to be so cold and wet? I could feel it soaking through my boots to my toes. “How much longer?”
Zan sighed. “You’ve never changed, Moxi.”
“You didn’t answer my question.”
“We’ve still got a ways to go.”
“I hate snow.”
“You always have.”
I pulled my cloak tighter around me, hoping to fight off the cold.
“If you’re that cold, you should put your hood on.”
I could’ve put my hood on to save my ears from the freezing wind, but after spending so much time hiding from the world underneath the hood, I couldn’t do it. At least, not until a few minutes later when a branch chose until I was just underneath it to cave under the weight of the fresh snow, sending it cascading down the back of my neck. A high pitched scream escaped my mouth.
Zan doubled over with laughter.
My anger flashed, and I pushed him over into the snow, but he grabbed my arm and took me down with him. I grabbed a handful of snow and shoved it in his face.
He laughed harder and harder.
Eventually I started to laugh too. We sat there in the cold snow, and a memory unfolded before my eyes.
It was probably two years earlier. Sylan, Zan, and I were supposed to be scouting for father. Sneaking through the woods and counting how many of the Black Battalion got caught in the storm and where they were. Depending on their supplies, he was planning an attack before they could report on us to Lord Drazen.
But the snow made my brothers happy, which made them excitable, which meant they grew more and more rambunctious the farther we traveled.
“Syl, for someone who can’t talk, you sure can be loud.
He tilted his head toward me and smiled innocently. He was apologizing, but only so he could goof off more without getting on my bad side.
It might have worked, except for the snowball that came flying at my face from Zan’s direction. It hit my cheek, and sent me into a rage. I screamed. “Zan! I will murder you!” I ran tackled him into the snow. I pinned him down with one arm, and used the other to scoop snow all over his face. “I’ll bury you, and you’ll freeze to death in the snow, and no one will find your body until Spring!” I kept shouting threats at my brother as he laughed and coughed on chunks of snow.
Then a chill shot down my back. I turned to see Sylan backing away from where he dumped snow onto my back. He kept smiling that innocent smile, the one that usually turned me to his side, but it didn’t work.
“You didn’t.” I stood from where I was kneeling on Zan, and I glared at my little brother.
He backed into a tree trunk, then his eyes turned wide as he realized Zan joined me to gang up against him. He was easy prey.
“Get him!” I shouted.
Zan grabbed him, and I used my magic to manipulate all the snow in the tree to dump on them both.
They just stood there, piles of snow all over them, staring at me in shock.
Once I started laughing, I couldn’t stop.
It was easy for my brothers to overwhelm me and force me into the snow.
My stomach hurt.
But they kept piling the snow on me. When they were satisfied with the amount of snow I had been buried under, they went after each other again. It didn’t take long before they were laying next to me in the snow laughing as hard as I was.
It was a memory I loved before it was taken from me. A childhood filled with war did not lead to many moments of pure joy.
It was so silent sitting next to Zan. Any sounds were muffled by the snow. It was calming and pleasant, not miserable.
Suddenly, I didn’t hate the snow.
I may never finish Misunderstood, but getting this out of my mind and written down may help my mind move forward to new scenes and ideas.