Let’s give a big welcome to my next guest, Kristen Kooistra! I’ve talked about her on my blog a few times before. Here’s a short introduction if you don’t remember her- 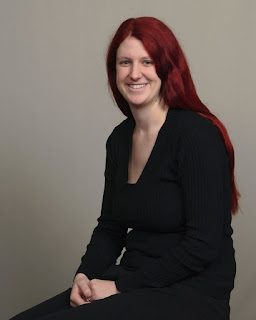 Kristen Kooistra fell in love with reading at a young age and never resurfaced. She loved solving mysteries, riding across the prairie, and sailing on the open sea. But her favorite books were those that held the fantastical. So when the time came for her to seriously approach publishing a book, it had to be fantasy!

Living in Michigan (her own winterland) with her husband, three kids, and two cats, she has lots of free time…Okay, so more like she squeezes in writing time late at night when only the cats are awake to pester her.
“Heart of the Winterland” is Kristen’s first novel, and though it started as a whim, it grew into so much more and has inspired a sequel (in progress), “Heart of the Sorceress”.

Tucked into a quiet countryside, Kristen spends most of her time being Mommy. She loves spending time with her family and hopes that her writing will entertain and inspire them as well.

Besides writing, Kristen enjoys reading (of course!), chatting with her writer’s group, sewing, swimming, gardening, and cooking (please no baking!). She’s also developed a fondness for water gun fights with her three year old. Actually, she’s found that most everything become a lot more fun with little kids.

Q: Where do you see publishing going in the future?

A: I don’t follow the trends of publishing, but I suspect it’ll be much the same as it is now.

For traditional publishing there’ll always be people who want to just write and leave all the other details of what it takes to get a book out there to someone else. There’ll still be people who only feel validated or accomplished if they’re traditionally published. And people who just know they don’t have the time, skills, or desire to learn how to properly assemble a novel(outside of writing it) and market it.

Same goes for self-publishing. There’ll always be writers like me who are control freaks and want to do it all themselves. Fail or win, there’ll be no one to blame but myself. There’ll be writers who don’t want to wait to get traditionally published, who’ll tire of getting turned down, or who want to take on all the work and not have to split the money.

And since I can see there being a significant portion of writers who want to choose self or traditional for any of those reasons(or others), I can’t imagine either is going away anytime soon. I also can’t really think of what new thing would come on the scene.

Q: Do you ever get Writer’s Block, and do you have any tips for getting through it?
A: Yes, I do. 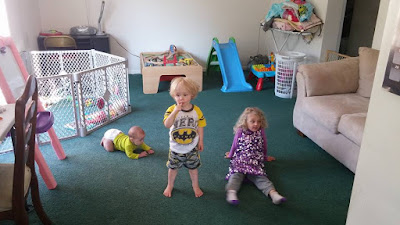 There’s my biggest writer’s block! I don’t want my “writer life” to get in the way of me taking care of my family, and there’s times (like lately) where the baby isn’t sleeping through the night, or I’m really busy and the result is I’m so tired that when I do have free time at the end of the day, I choose to sleep.

In terms of what typically is called writer’s block, yes on occasion I do struggle. I’ve got two methods for dealing with it.

1.   Sometimes you just need a break. There can be tons of reasons for the lack of inspiration or motivation to go forward. Lack of sleep, too much work, maybe you need a short break from that piece.

2.   Baby steps. If a break doesn’t help me overcome whatever’s slowing me down, I give myself a small goal. “This week I’ll write one sentence a day.” Or “My goal for the week is 100 words a day.” Whatever it takes to just go that one little bit further and who knows, maybe you end up writing more than your goal, or that one sentence was all you needed to break through what was holding you back and you finish a chapter!

Q: Do you write on a typewriter, computer, dictate or longhand?
A: Computer 100%. I don’t even own a typewriter, but it’d make no sense to use something that didn’t have a backspace key when I’d have to put it on the computer eventually anyway. Same with longhand. My penmanship is horrendous and I type much faster than I write. I can’t imagine dictating. I’d feel weird. I don’t think I could do it.

Q: Do you write full-time or part-time?

A: Definitely part-time. I’m a SAHM with three kids and they take up a bulk of my day. Then there’s housework, grocery shopping, budget stuff, and a garden that I take care of. I also have other hobbies I enjoy. Reading being the obvious one, I’m sure. But I also love sewing and swimming. My family comes first and writing fits in the in-between spaces.
Q: What’s your views on social media for marketing, and which of them have worked best for you?
A: Considering how much time people spend online, especially on social media, marketing in those areas make sense. It’s no different than marketing in other high traffic areas(along roads, in stores, on bulletins, etc.). At the same time, I think people are more likely to take an interest in your book if you’re not shoving their face in it like you’re trying to force feed them cake. 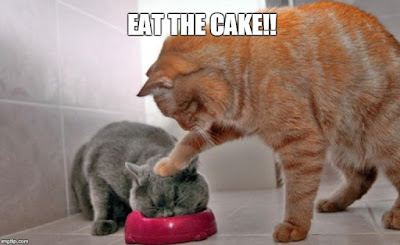 I’m just venturing into the marketing world, so my experience is limited. I’ve found the best results come from interaction. People like it when you’re “real”. Be human, be relatable, be interesting. Do something besides “buy my book” every hour. The people who are most interested in my work(at the start) are the people I’ve built relationships with.

Q: How do you go about creating the language in your book? How do you translate it?

A: I’m horrible with fantasy languages because when I read them, I accept that they’re “real”, but when it comes to mine I can’t forget that they’re fake. So what I ended up doing for my first magical language was taking a more obscure real language and using that as the foundation. That way the words have a “sound” to them that’s consistent, and then I just tweaked a bit.
I’ve only had one person pick out that I did that, and it was my mother who knows I had an obsession when I was younger with learning that language.
I don’t worry about translation, because none of it every gets translated. It’s a language used purely for spellcasting and readers will see the results of the spell. I was mostly trying to have something consistent in appearance and sound. Direct translation would look silly since I kept things short as possible and it’d probably look like, “Grass go there.”
Kristen’s debut novel, Heart of the Winterland, was published on June 15th. 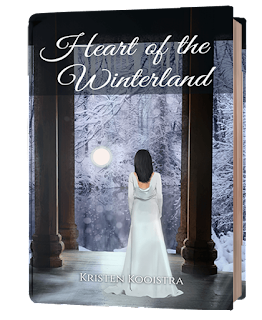 In the heart of snow-cursed Trabor, a princess and her guardian live in a haze cast by an ancient spell. On the dawn of her 200th birthday, Princess Calisandra awakes with a clear mind. No longer happy to just sit idle, Cali and Voice set out to find what lies beyond their shielded kingdom.

Joined by Angel—a fiery redhead that delights in ruffling Cali’s feathers—they soon find themselves fleeing from the legendary Captain Kota who is determined to capture Angel. Cali’s perfect vision of her journey is shattered and it takes all of her strength just to keep up in a world she doesn’t understand. Everything is a new experience and tests Cali physically and mentally.

Will she ever find out what happened to her kingdom? And what will Voice’s purpose be when Cali no longer needs her?