Welcome back to the Blog World Tour! This month’s guest is one of my good friends from Scribophile, Lesa McKee! 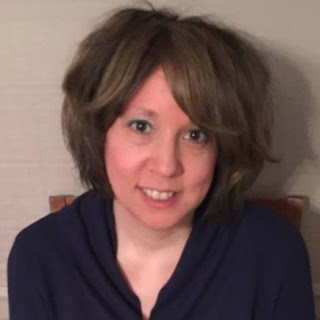 Lesa McKee grew up at her Grandmother’s knee, listening to the French folk-tales her animated Grandma Ida shared. A love of stories was born and her imagination took off!

Q: What is your favorite motivational phrase?

A: For writing it’s one I made up – “Every paragraph should hold a spark with some bursting into flames!”
Q: Will you do a press release, a Goodreads book launch, or anything else to promote your work?
A: I can do a book launch on Goodreads? Stop the interview! I’ll be right back… Just kidding. I’ll google more info on that later.

I could see myself hosting a Facebook book release party, setting up (more) blog interviews/tours, working on getting those mighty Amazon reviews, and yes, I’ll probably talk to the local paper, and try to get into some local bookstores. Couldn’t hurt. 🙂

Q: Do you ever use real people (even yourself) or situations in your work?
A: I think writers write what’s in their heart. And so I’ve used little family details that know no one except those closest to me would notice. Some I’ve used purposefully, like In my Operation Space Cats series, Kibby calls Tebbs T for short. That’s what everyone calls my son. T for Tyler.

Then there’s things that just seem to work out, and I didn’t plan. Like my character Cavias walks with a limp. His injury challenges his faith, and that’s something I’ve personally been through so I could completely relate to him.

Q: What do your fans mean to you?
A: If you change that word to singular form I may be able to answer. 🙂 Seriously though, I’ll have to use my imagination to think of how it would feel to have fans. I’d be honored of course. And thrilled they like my work enough to become a fan. I’d interact to show my appreciation. I’m planning to have a street team to organize fans (should I have them) in the future. I’m torn between calling it ‘Operation Space Team’ or ‘Operation Street Team’. What’s your vote, Alyson? 🙂

Operation Space Team!
Q: Did you hire someone to format your work?
A: Yes. I hired a professional company. I need to learn to do it myself, but I’m so untech.

Q: Does your main character have any quirks?
A: Yes. My main cat, Tebbs has a habit of scratching the back of his neck. A nasty habit he’s trying to break himself of. He’s also a heavy sleeper causing him to sleep late, and he mentions a few times over the series he needs to get an alarm clock. 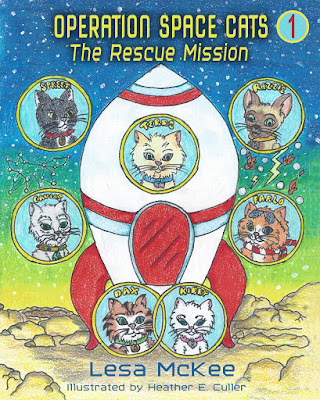 Furry crew to the rescue!

When Tebbs, the curious cat discovers part of his human family is missing in space, he plans to go on a rescue mission with Granny. But first he must recruit a team to help locate them. Problem is, he’ll be sneaking the small crew aboard, and hoping Granny won’t find out!

Enter the space cats … A mixed bunch of furry felines who have many lessons to learn about what it takes to make a team great. Bravery, teamwork, and most of all faith!

When mishaps occur, and danger lurks ahead, they’ll need to rely on each other. Will the team falter? Or can they pull together to make their mission a success?

Join Tebbs and his lovable team of space cats for a series of adventures filled with faith, friendship & fun. Adored by kids, cats and kids at heart! Catch book two, Operation Space Cats, The Missing Spaceship. Coming soon to a book station near you.