I was tagged by my friend Renée Harvey to play a Christmas game on my blog using characters from my WIP, Powerful to answer holiday questions. Let’s go! 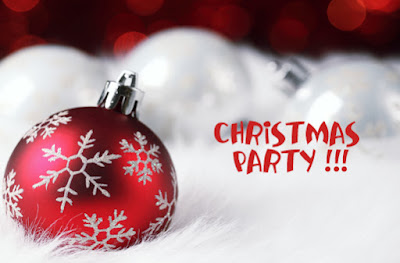 1. Who starts karaoke with Rudolph the Red-Nosed Reindeer, and who jumps in for the echo?
Navadira! And Luzigo jumps in to be the echo because he can’t hear this song and not sing the echo thanks to his brothers.
2. Who’s threatening the kids with coal in their stocking?

Kylanore, mostly because she doesn’t understand how this holiday thing works.

Tenio, only because he can’t study over the party noises!

4. Who invited the strangers to the party?

Ruk saw some lonely kids who looked cold outside and invited them in for food and warmth.

5. Who’s the couple wandering off with the mistletoe?

Luzigo brought out the mistletoe as a joke, then was distracted by the caroling and Ilory picked it up, distracting Tenio from his studies.

6. Who accidentally trips on the lights?

Luzigo in all his grace trying to set up the most impressive holiday party for Kylanore, trips on the strand of lights, knocks over the ladder that Ruk is using, and manages to pull the whole thing down. Luckily, it was a success and Kyla ends up giggling and smiling.

7. Who brought the fruitcake?

Kylanore walks in with a fruitcake, not knowing what else to bring. While Luzigo laughs, Navadira assures her that it’s perfect and even enjoys a piece! Later, Kyla shoves a piece in Luzi’s face to get him back for laughing.

8. Who wins the ugly sweater contest?

Proudly, Luzigo wins the ugly sweater contest with the ugliest sweater anyone has ever seen. It can’t even be considered a contest.

Ilory spends the entire party hogging Santa’s attention, listing in great detail every item she is asking for and unacceptable replacement gifts.

10. Who stays up to wait for Santa?
Since it’s Kylanore’s first Christmas, she stays up, watching for a glimpse of him out her window. She’s a bit skeptical of the whole thing, but a twinge of hope keeps her wishing it’s real.
I’m not going to tag anyone else, but if you want to participate, go ahead! It’s a fun way to think about your characters in a different setting, and who knows, maybe you’ll learn something new about them!
Merry Christmas, and Happy Holidays!
~Allie