So, I remembered as I was falling asleep last night that I have to answer questions today because I am going to be busy all day tomorrow. Oops. Oh well. Here are the A’s to your Q’s! 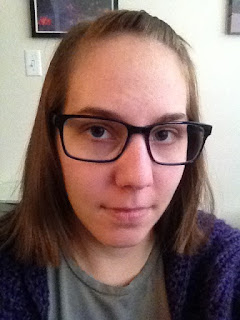 Q: Other than a writer, what did you want to grow up to be when you were little?
A: A librarian when I was really little, and a fashion designer when I was like 11.

Q: If you had a selfish wish to change one thing about yourself, what would it be?
A: I’d probably waste it on changing my natural hair color to be the color I dye it. Dying it is expensive, and it only looks good until my roots start growing in. *sigh*

Q: When flipping through childhood photos of yourself, what’s one thing that makes you go “Noo!!!”
A: Always my front teeth. They were so huge compared to my tiny mouth and face! And even now, they still sometimes bother me. I hate smiling for pictures.

Elise asked-
Q: What were your best and worst subjects at school?
A: Best subject would definitely be English. Always. And my worst subject was PE. Does that count? I never made it through a sport without getting nailed in the head/face and ending up in the nurse’s office. I once went home with a concussion after a kid kicked the soccer ball and it nailed me in the face (he was standing a few feet away) and knocked me completely over.

Q: Do you have any phobias?
A: Astraphobia, aka the fear of thunder. Also, mellissophobia which is the fear of bees.

Aderyn asked-
Q: Why did you choose to use a pen name?
A: I don’t particularly like my real name, I never have, but when I got married I had the same name as my mother in law which made me feel even less unique. So, I started using a pen name.

Q: What’s your favourite novel and why?
A: Enna Burning by Shannon Hale. I love the main character more than any other character from any other book, and it helped me fight my depression when I was a teenager. I wrote a book review about it, and when I met Shannon Hale in February, she gave me a hug and thanked me for sharing my story.

Heather asked-
Q: What are you reading right now? Or what do you wish you were reading, if you aren’t in the middle of a book?
A: I just started Throne of Glass by Sarah J. Maas. I found it at the library last week. But I wish I waited to start that series until after my copy of The Sword of Shannara by Terry Brooks came because I’ve been dying to read that series for a long time, and now it’s sitting next to my bed but I can’t start it yet.

Q: If you could go on a writing retreat anywhere in the world, where would it be and why?
A: Hmmm… I’m not sure because I want to say some island somewhere with warm, sunny weather and clear water, but I worry it would be too distracting. Definitely someplace with a castle. Probably France, but traditional France with little shops and houses above the shops and the castle is overrun and decrepit. If I had to pick right now, I’d say Domfront, France, which was the old setting for my version of Sleeping Beauty.

Q: Do you have a special toy from your childhood that you still bring with you when you move?
A: Oh, definitely. It’s a stuffed dog named Floppy. It looks like this, only not as fluffy or clean and 20+ years old. 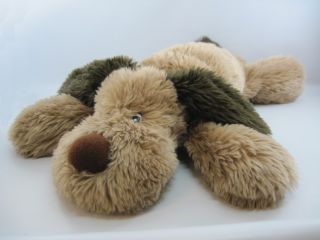 Q: What kind of music do you listen to while writing?
A: Usually movie scores, like How to Train Your Dragon or Star Wars, but more recently I’ve been listening to Adam Young’s scores (he’s the guy who does Owl City, but now he does this and he releases new music every month).

Q: If you could live anywhere, where would you live?
A: Inside the Dream Suite in Disneyland.

Q: Big dogs or small dogs, which one is better?
A: Big dogs. Definitely. Small dogs are typically yippy and nippy (like my in laws dog, a chihuahua). But they can also be very cute. Astrid is a bigger dog (she’s a husky/lab mix), and she’s super smart, but she also thinks she’s a lap dog which can be annoying at times (like when she deletes my whole outline for my novel because she lays across my laptop and presses all the buttons).

Q: Mac or PC?
A: Mac all the way! I love my iPhone and I love my MacBook Pro. Plus, they sync together so I can write stuff on my phone and it’ll automatically sync to my computer so I don’t have to worry about retyping it. It’s awesome.

Q: iPhone or Android?
A: Basically the same as the last question. I get so frustrated with Android devices. They’re so complicated.

Q: If you could learn any language, which one would you want to learn?
A: Depends. Would I know it instantly without having to go through the learning process? Because that would be awesome and I’d pick Japanese because I don’t want to have to learn the whole different alphabet. That sounds way too complicated. But if I had to go through the whole process of learning it, I’d pick something easier like Italian. 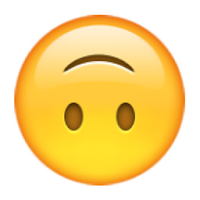 Q: Favorite Pokemon?
A: Pikachu. Because he loves ketchup as much as I do, and because he’s hilarious and looks so cuddly when he’s not shocking you.

Q: If Dr. Pepper stopped being sold and you could no longer drink it, how would you survive?
A: I wouldn’t. I’d die.

And that’s all the questions I received! This was fun!
~Allie