2016 has been a big year for many reasons, whether good or bad. I’ve been through a lot of highs and lows, so I’m trying to focus on the highs because far too often the lows win out.
So here are some of the lows because I need to get them out of the way-

So now I’m reminding myself of some of the highs because that certainly put a damper on things-
Anyway, here’s the point of the blog post. A lot of stuff has happened this year. And among all the good and bad, people find ways to escape our world. One of those ways is by reading (don’t worry, that’s next!), and one of those ways is by watching movies and tv. Now, I’m no movie aficionado, but I am a story teller and I hold movies to the same story standards that I hold books.
Now, I know movies and books have to tell stories in different ways because one is much more visual than the other. But both have the ability to captivate and transport readers to a different place through storytelling. So here are some of the movies I saw this year- 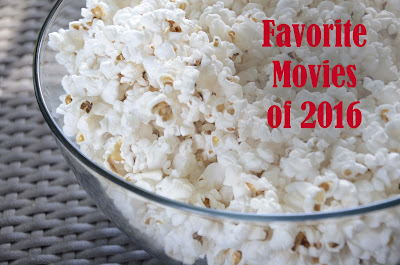 Well, that’s just my list of movies that I watched this year. I’ve still got a handful more to watch, I know! So tell me, what was your favorite movie of 2016?
~Allie