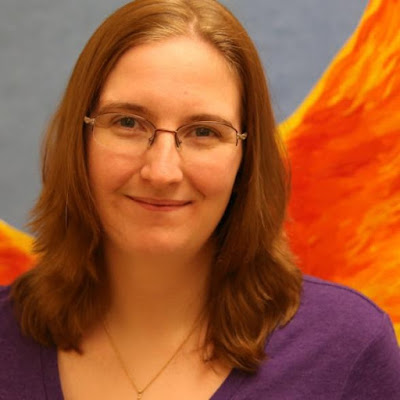 Eleanor Konik was born and raised in a close-knit neighborhood just outside of Baltimore, where she is putting the final touches on her teaching certification. She spends her free time gardening and playing cards with coworkers. She also enjoys fishing, hiking, and visiting attractions around the city. Her blog showcases insights she’s gleaned while researching THE LAST COLLARED MAGE, a fantasy mashup of Rome’s greatest defeats.

Q: Tell me, Eleanor, what do you think is unique about your blog?
A: I don’t know that it’s unique, but I certainly hope that it’s special. I like to think of myself as pretty smart, and I like to get passionate about some pretty obscure topics sometimes. Just because they’re obscure, though, doesn’t mean they’re not interesting, and I like to share my insights about things like mythology and history. I think I provide a unique perspective.
Q: Are there any historic figures that you think are particularly misunderstood?
A: Oh, a ton. Elizabeth Bathory was probably more a victim of her gender and success than a murderer — though Jason Porath over at Rejected Princesses makes the case better than I can. I guess I feel particularly bad for Henry VIII though. He was undeniably sort of a useless King, and I think his treatment of Catherine of Aragon was pretty awful — especially when you consider how amazing Catherine of Aragon was. I mean, she was the last British monarch to defeat a Scottish king in battle!

Henry VIII was sort of stuck between a rock and a hard place, though. I get why he had to set her aside. Henry’s father was the one who put a stop to the 100s years war — a century-long dynastic war that drove his country into chaos because the previous king had no heir. The Tudor dynasty was in a very precarious position, and he needed an heir if his country wasn’t going to face another hundred years of war. His one bastard son died before him, and his wife was too old to bear more children.

It must have been particularly frustrating when the Pope, whose Church Henry had been a staunch supporter of, refused to grant the annulment to his wife — an annulment normally being pretty easy to get for someone like a King. But I guess Henry didn’t realize that Catherine’s nephew was occupying Rome at the time the request came, so what else was the Pope to do?

Anyway, I guess what I’m getting at is that even though Henry VIII had some pretty serious character flaws — arrogance, for one, to say nothing about his propensity for spending way too much money on petty wars– I can see how he got backed into the corner that led him to have six wives.

Q: What do you think makes for a compelling character?
A: To get me genuinely interested in a character, I need to have some sense of what their goal is… and I need to feel like they are in some way competent. I was watching an old 90s show, Earth 2, as research for a novel I’m going to get around to writing one of these days, and I was struck by how little I cared about any of the characters. The plot was pretty solid, and so was the premise — or I would never have added it to my Netflix queue — but there was only one character who had any sort of ambition or drive, and I spent most of the show wanting to shake her for being awful at everything. The only other character who displayed any real competency and decency had no clear goals, which made it hard to root for him.
Q: Do you prefer to work on one project at a time, or switch back and forth?
A: I try pretty hard to stay focused on one thing at a time, so that I don’t get distracted by shiny new projects. Otherwise, I’d never get past the 20k word mark on a novel. My attention usually wanders around the end of the first act and I need to push through. Still, I do try to write down ideas for sequels and prequels, and consider it pitch practice.
Q: What is your favorite prequel?
A: Dragonsdawn by Anne McCaffrey was amazing. I love that it brought a more scientific perspective to a fundamentally fantasy series, and expanded on the lore of Pern. I particularly liked that it was a book about starting a colony, where the threat was an external environmental factor instead of another group. It was nice to see the “real” origins of the myths that pervaded the other books, though of course Pern is notable for not having a religious element to its society.
Q: Do you think religion plays an important part in books?
A: I think it certainly can, but I don’t think religion needs to be part of a book for it to be complete. Faith and spirituality manifests in many forms, and novels by their very nature have a narrower focus than life does. There will always be missing elements in worldbuilding, no matter how much you try to fit everything in, because it’s a story, not a sociology textbook.
Thank you, Eleanor, for stopping by! See you on the rest of the Blog World Tour! And don’t forget to stop by Eleanor’s blog to learn more about her!
~Allie