So after a few days with little to no internet, I’m back! Sorry for the inconvenient and sudden disappearance. But fear not, readers! I have returned once more! And I’m back with that promised surprise! 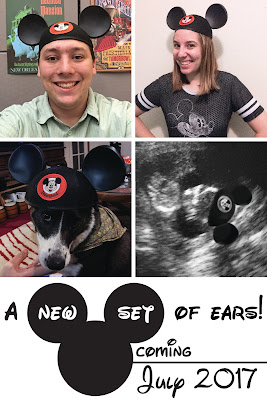 That’s right! I’m pregnant! And that’s why I’m so behind on everything writing related. Now that it’s out in the open, I can finally share some fun stories from the past three months.

First off, I’ve been horribly sick since the start of November. I was in and out of the hospital for a while, and for the most part, I still feel ill when I’m not sitting in a specific way that makes it very hard to focus on writing (mostly because my arms are always falling asleep and my computer won’t stay on my lap).
Because I was so sick, I actually lost my job, which has been hard on us. I’ve been doing a lot of research into paying writing/editing jobs that I can do from home on my own schedule, and I’ve been working on my ACES editing certification to help with that. That’s also been taking away a lot of time from my writing.
I’ve also had little to no energy and focus, which makes everything ten times more difficult. It takes twice as long to do simple things now, like washing the laundry. I’m also super forgetful, which means I often even forget to do things like laundry.
Anyway, this explains why I’ve been so behind on my editing, and why I only planned goals for the first half of the year. But, I do have a deadline for which everything needs to be done, and it’s the beginning of July. Baby isn’t technically due until the 13th (or around there), but I want to give myself more than enough time to do it all since I’m usually falling behind schedule. And unfortunately, my short story and my ACES certification are my top priorities, so sometimes editing Powerful will have to take a backseat.
Now, I have another surprise for you all! Starting on Friday (January 20th at 2 pm PST), the authors of the JL anthology are going to be hosting a party on Facebook!
Join us for the launch party celebrating the publication of our first anthology, From the Stories of Old! Chat with the contributing authors as they share excerpts, answer questions, and discussion various fairy tale-related topics with you, the readers! And don’t miss the opportunity to win a free copy of the anthology!SaveSave

It’s going to run all day on Friday, and on Saturday from 4 am PST to 2 pm PST. The timeline might be confusing, but that’s because we had to plan it so that all the authors could participate, and since some of us are in Japan, and some in Australia, and then there’s me in California, it’s a bit spread out. (Check for times for your local timezone under the About tab!) But that just means more chances for you to stop by and say hi! And don’t forget to enter the giveaway!
I will be hosting the virtual party toward the end, from 12 pm PST until closing! And don’t worry, I’ll be stopping in to hang out with my friends while they’re hosting, too. It’s going to be tons of fun, and you’ll learn a lot about all the stories in the anthology, and their origins!
And don’t worry. I’ll make sure to move to a land with reliable internet so I can actually participate and party with everyone.
That’s all for now! Gotta get back to work.
~Allie