It all started in 2008 with the release of Iron Man. By 2012, 5 more movies had been released. That’s right 6 movies in 4 years. Iron Man, The Incredible Hulk (which I don’t totally count because they changed the actor and it gets confusing), Iron Man 2, Thor, Captain America (if you know anything about me, you know he’s my favorite), and The Avengers. So how, in such a short period of time, did the Avengers become so successful?

Characters: As they are introduced in the MCU-
Tony Stark aka Iron Man– Genius, billionaire, playboy, philanthropist, as he describes himself. He works in the weapons industry in the beginning, but after being kidnapped by terrorists, he turns himself into the “ultimate weapon” (aka the Iron Man) and changes his father’s company to hopefully become better. Arguably, the most anti-hero of the group.

Phil Coulson– A loyal S.H.I.E.L.D. agent with a man-crush on Steve Rogers, who keeps a close eye on Tony Stark. He may have a serious façade, but underneath his soldier-esque exterior is a hidden barrage of clever tactics and witty one liners. 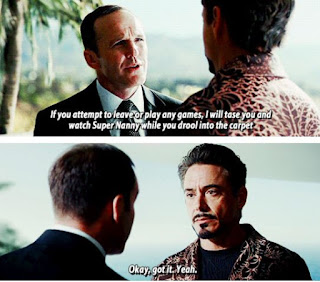 Nick Fury– We can’t forget the director of S.H.I.E.L.D., the man who has to figure out how to get a band of entitled, overpowered misfits to somehow work together.

Bruce Banner aka The Incredible Hulk– a scientist studying gamma radiation when everything goes wrong and his molecular structure is altered, turning him into an enormous green rage monster. He is constantly battling with himself to keep his anger under control because he cannot control himself as the Hulk.

Natasha Romanoff aka Black Widow– Another loyal agent of S.H.I.E.L.D., Natasha was rescued from the “Red Room” in Russia where she was trained to be an assassin. Now she uses her espionage skills for good, trying to wash out the red from her ledger.

Thor– Son of Odin and God of Thunder, he was exiled from Asgard until he became worthy of his powers and his hammer.

Loki– Brother of Thor and God of mischief, Loki is really a frost giant. After becoming jealous of his brother’s birthright, he conspires to kill Thor and become the next ruler of Asgard. After being conquered by Thor, Loki flees to make allies across the universe and he becomes a powerful villain.

Clint Barton aka Hawkeye– His hearing problem improves his sight, making him an astounding archer an agent of S.H.I.E.L.D. He is partners with Black Widow. He has a dry sense of humor, and is dedicated to helping people.

Steve Rogers aka Captain America– The first Avenger and the epitome of patriotism, Steve Rogers developed a slew of health conditions that prevented him from fighting in World War II. Because of his good heart and determination, he was chosen for an experiment that turned him into a “super soldier”. He sacrificed himself in order to stop the war, and 70 years later was rescued from a block of ice and joined the Avengers.

Setting: The MCU takes place all over, though it is primarily based in New York. There are a lot of fictional countries, too.
Conflict: There are two major conflicts of the MCU- the Avengers vs. the villains (like Loki), and the Avengers vs. themselves. They don’t get along very well, and in order to stop the villain, Loki, they have to put aside their differences and come together as a group.
Plot: After being heroes of their own stories, the Avengers have to come together and learn how to fight as a group for S.H.I.E.L.D., despite their differing personalities and competing abilities. There are a lot of villains and a lot of heroes, and it’s a culmination of all the individual stories and personalities. Captain America comes back to the real world after 70 years of being “dead”, Thor has to face off against his brother, Bruce Banner has to learn how to control the Hulk’s rage, Nick Fury and the other S.H.I.E.L.D. agents have to put aside their loyalties to do what they think needs to be done, and Tony Stark has to put aside his pride and finally play the real hero, not just the hero who gets praise. It gets complicated with so many main characters.

Theme: The theme with this is the same as the theme with any superhero story. What is the meaning of a true hero? But what makes this unique is that with so many heroes, they can define “hero” multiple times in multiple ways. It isn’t always as simple as Steve Rogers jumping on a grenade to protect the people around him.
There’s something about the reality that the Marvel Cinematic Universe brings to the traditional superhero story. All of these movies are based off comic books, so the stories aren’t new. But the way the actors bring the characters to life mixed with great writing brings new life to the stories.
And let’s talk about the writing for a moment, because it is truly noteworthy. Joss Whedon isn’t new to writing. He’s done some famous things like Firefly and Buffy the Vampire Slayer before. So it’s clear he has experience. And there are some similarities in the writing styles of his past shows and his current success with the Avengers. 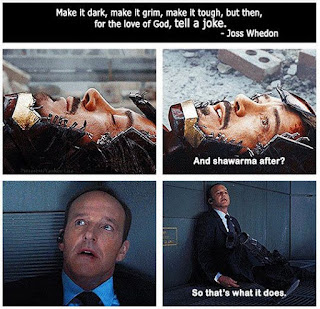 There’s something special about the dry wit of his characters in these horridly dark situations, but the credit can’t be given to Whedon alone. The matchup of actors to characters is phenomenal. Even Stan Lee, the creator of the Avengers, admitted that he couldn’t pick a better cast to bring his characters to life. 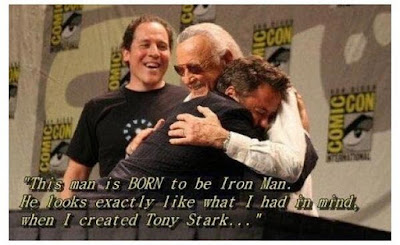 So what do you think? What makes the Marvel Cinematic Universe so successful?
~Allie