After searching Pinterest for inspiration for today’s blog post, I decided to do another prompt free write using characters from Rose because last time it was really fun and helpful for me.  I actually decided I want to use that last free write I wrote in the book, so I’m hoping this scene ends up with the same fate.  Hopefully I’ll end up liking it, but I have no idea what will actually happen in this scene.  Let’s see what happens! 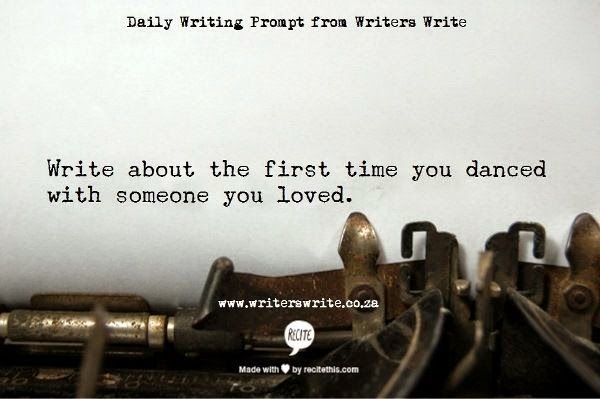 He had taken her to many differen places but this was the first time his invite had included a dress code, and by dress code he meant a dress.  She didn’t have very many nice clothes, but she did have one nice dress that Fleur, Faline, and Mystie gave her for her sixteenth birthday.  It was a beautiful, deep navy color, the color of the sky at night when the first star appears.  It was strapless, but she usually wore it with a gray sweater, and a gray belt cinched at the waist as per Vi’s suggestion to show off her figure.  Vi had picked out the style and her aunts had made it.  It was very unique because of the high-low style that Vi chose specifically to show off her legs.  Rose loved the ruffles that ran the length of the skirt and how they felt when she walked.  It was the only item of clothing she had that was truly girly.  She should feel ridiculous for something like that, but she enjoyed it.
As she got dressed and curled her hair, she felt silly getting all dressed up.  It was like she was finally going on a date with him.  That thought should have made her happy, but instead sent a chill of panic shooting through her intestines.  Was this really something she wanted to do?  After all of the internal debating over the past six months, she was finally ready to accept her feelings for him.  Six wonderfully complicated and amazing months.  And now they were going on their first official date to celebrate his 22nd birthday.  Her first date ever, actually.  She was almost 20 years old and was finally going on her first date.  Of course, no one knew about it and she had to sneak out against everyone’s wishes, but she was finally ready to handle everything that was being thrown at her.  After an entire life of being treated like a child, she was ready to grow up.
When the time came, she snuck downstairs and out the side door to meet Phillippe at his car.  He looked astounding in his tux and bow tie, but his face looked even more astounded.  “Ouah.  Incroyable.”
Unable to hold back a smile, she replied, “I was about to say the same to you.”  She accepted his hand and he helped her into the car and they literally drove off into the sunset toward whatever evening he had planned.  They arrived at a small restaurant where they were seated on the back patio underneath strings of lights.  Before they even got to order food, he pulled her out of her seat and to the dance floor.  Nervous beyond belief, she tried to decline, but when he put his arm on her waist, she became weak.  She had no idea how to dance.  She felt so clumsy against his charming ease, but she was also unable to resist his smile or the tug of his hand when he twirled her.
“Tu es exceptionnel.”  He continued to talk, but she had stopped hearing what he was saying.
She felt her cheeks grow warm, and had to subdue the internal battle of whether or not to be embarrassed by his compliment.  They were on a date, after all, and she had no reason to be embarrassed. Both of them were aware of their feelings for each other, but even after six months of getting comfortable with him, she wasn’t sure if she was ready to be that comfortable with him.
It was a difficult transition from the person she used to be and the person she was now, but as they danced, she knew she wanted this.  She wanted to be that comfortable with him.  She found herself craving moments like this when they were together.  After so long of having to do the right thing for everyone else, it felt like such a relief to be able to do something for herself.  He had taught her that.  Because of him, she found balance in her life, and she didn’t want to lose it.  She couldn’t lose him.
It wasn’t until the song ended and they returned to their seats that she realized the song they had danced to was Sous Les Étoiles, her favorite song.