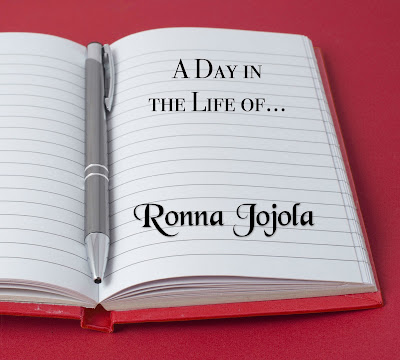 My days typically begin at 5:00am. Except lately my typical day has been starting at exactly 4:15 each morning. A month or so ago a chicken moved into our back yard. We have no idea where it came from. We don’t exactly live in chicken raising country (not that know what that is, I just know it’s not in my back yard). We live right in the middle of one of the most urban areas in the country. The closest I ever get to a farm is the farmers market on Saturdays. So the chicken was a bit of a novel idea.

Until she grew a crown. Turns out she was a he. Chickens are cool. Roosters are not. He announces the sunrise at 4:14 am every day, a good two hours before the sun shows up. Then he announces it again at 8 am. Then later in the morning. Then mid-afternoon. Then early in the evening.

The one time he doesn’t crow? When the sun rises.

Anywho…I am woken up at 4:15 by a squatter rooster. And then I spend the next 40 minutes trying to go back to sleep without success. Until about 4:55 when I fall into an immediate and deep REM sleep, just as my alarm clock rings.

I drag myself out of bed, wondering if one can cook a rooster like a chicken. I mean other than some boy parts they’re the same thing, right? After showering, I spend 20 minutes or so trying to make my face look 10 years younger and wishing I could make it look 20 years younger – while at the same time telling myself I’m proud of my age. Don’t judge me, that’s nothing. You should hear my internal dialogue about my weight.

Slowly the house starts to wake up. Hubby wanders out followed by a parade of cats with tails up expecting their breakfast. He tells me he loves me before the cats well planned ballet sends him stumbling across the room.

Next the teenage son meanders out.

“Morning son. I love you,” I say. The only response I hear are the cats yelling at my husband for moving too slowly. So I take matters into my own hands, lower my voice, and respond to myself, “Love you to Mom.” It’s not much but it’s easier than waiting for a 17-year-old boy to be agreeable first thing in the morning. I take his eye rolling as agreement that he really does love me.

Then my daughter wakes up. I swear to you they are made of the same DNA, but they could not be more different.

“I love you, mommy!” She is already bouncing up and down as she runs to give me a hug. She’s 12. I know these days are numbered. So I hug her as long as she lets me, before she cartwheels away.

A little while later hubby drops me off at the train station. As soon as I sit down on the train my laptop comes out and I get to work. I only have 30 minutes to develop characters and build worlds. So I work as fast as I can. Of course, the guy next to me has other plans and asks what I’m working on.

You know, because it’s his business.

I stupidly tell him I’m writing a book.

I’m not sure what he expects me to say, so I just smile at him for a bit. Now I only have 25 minutes left and I’ve written nothing.

“Well, it’s been nice talking to you, but I have a deadline, so I’m going to get back to work.”

Completely distracted now, it takes me five minutes to get back on track. The whole time I can see him looking at my screen as I type. So I start typing bad words. Like really bad words. Bloody, vile, killing type words. Over and over and over again.

He got up and changed seats.

I smile at my little victory and jump back into my work in progress – hoping for a slow train so I can get an extra few minutes in. I’m working on a short story about the main male character in my book. It’s tough work getting his voice onto my computer.

I get to work, where I do things I don’t really want to do for nine hours. Actually I love my job. It’s wonderful. It satisfies the side of me that wants to contribute. I get to work with the legislative body of one of the most unique cities in the world. It keeps me on my toes and challenged while I earn a paycheck to support my family. But, it’s not writing. 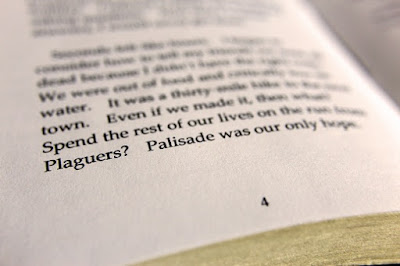 On the way home that night I go through one of my beta readers critique of some of my early chapters. I have a great group I’m working with, a few in person and a few online. The diverse and utterly qualified feedback I’m getting is priceless. But this day, I’m kind of cranky for whatever reason. And decide I’d rather throw my laptop out the window than rewrite that sentence just because that beta doesn’t like adverbs.

Like seriously, I scream in my own head, I know when to use an adverb and when not to. Who the heck are you to tell me I can’t use an adverb! Beta readers are hypercritical by nature of their gig. Ignore the comment, Ronna. I really think the reader needs to know that my character stared “absentmindedly” into the distance. “Absentmindedly” is critical! There is a big difference between staring “absentmindedly” and staring…well, some other way.

OK. Maybe “absentmindedly” isn’t that important. I try deleting it just to prove it won’t work.

Well, drat (OK I didn’t actually say drat – I choose one of those words I used earlier to chase my seat mate away. But, whatever, beta was right. The sentence is way better without “absentmindedly.”

This is why I have BETA readers I trust. I can go through the whole gamut of emotions with each and every edit, but in the end they never lead me down the wrong path.

I’m usually home at 6:00, and blessed that Hubby works from home so dinner is usually waiting for me. I know, I know, it’s a tough life. He’s a darn good cook too. Sadly, my kids are at the age where we rarely get to sit and eat dinner on a weeknight. We aren’t usually all home.

“Love you son!” I say and again before lower my voice, “Love you too, Mom.” I just see his head shake as he works on his homework.

Hubby and I sit and eat while he tells me about his day. After I clean the kitchen and work out I try to write some more. But I’m so tired at that point it’s hard to focus. So I sit and stare at the TV for a few minutes, fingers poised over my keyboard. Finally, some inspiration hits me, and I type a word, then hubby remembers a really important thing he wanted to tell me.

After he finishes, having forgotten what I was going to write, I stare blankly….oh wait, absentmindedly – take THAT beta – I stare absentmindedly at the TV for a bit, before inspiration strikes again. So I type another word. You all know what happens next, right?

A cat decides he simply must, no really must, there will be no debate, sit on my lap. On account of he’s very soft I use my fingers to pet instead of type. While I’m doing this about fifty brilliant thoughts float through my head. I solve every problem my book has. Then the cat leaves and I poise my fingers over my keyboard and can’t remember a single one on account of the ball game on TV just got real interesting.

I drink some coffee as Curry hits a three.

Fingers poised, ready to type, the word dribbles from my brain, to my neck, through my arms, to my fingers where it is intercepted by the son’s first words of the day, “I need you to fill this paper out by tomorrow.”

Finally, I force my day to an end around 11pm. I brush my teeth and lay my head down on my pillow. Exhausted, ready to dream. Then the rooster decides to start crowing and I start thinking of chicken soup.

So I think I wrote maybe a couple hundred words today. Which is literally thousands less than I wanted to write. But, I said “I love you” about 50 times, I put in an honest day at the office, I spent time with my family, my ball team won…again…, and while I didn’t meet my writing goal, I am at least a couple hundred words closer to finished than I was yesterday.

Wow! What a day! I’m impressed by how many people can get up so early in the morning! But then again, I don’t have children (or a rooster!) waking me up in the morning.
Check out the other guest who have joined in- “A Day in the Life of…” And if you want to share your day, comment here or find me on Facebook or Twitter!
~Allie

4 thoughts on “A Day in the Life of…Ronna Jojola!”