I’ve been having a really rough week full of migraines. I was totally feeling great. Yesterday. Then, once again, I didn’t sleep and now I find myself laying on the couch in my pajamas because I can barely stand up. Luckily, I have an adorable puppy to take care of me when I can’t take care of myself. 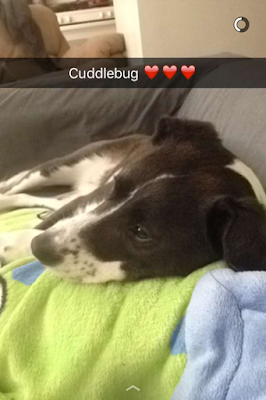 Anyway, because of these crippling headaches, I’ve been less than productive in everything except cuddling with the dog. Like the fact that this blog post was supposed to be written yesterday (but I forgot).
My Powerful word count hasn’t changed much because I got stuck at a particularly difficult section of chapters and I’m not sure how I want to edit them. Seriously, cutting out a character is difficult! So with that added onto changing two character’s names, I’m really struggling. I did go back through the first 9 chapters and add in bits and pieces of more description for certain scenes, and I haven’t taken those extra words into account. There’s still a few more changes I want to make in the early chapters, then I have to push forward with edits.
And if you’ll look to the little sidebar, underneath Powerful‘s word count, I added in a word count for A Fairy’s Tale! Last weekend, we took the train up to Salt Lake City for the day, and I got a lot of writing done on the way. I’ve got so much creative energy bubbling up inside me, and editing doesn’t give me the needed release, so I started working on a very rough draft of A Fairy’s Tale to combat that. So far I’ve only written 4 1/2 scenes which equals 1 1/2 chapters.
Writing A Fairy’s Tale is very different than Powerful because there’s a handful of scene breaks, and I can write in shorter spurts. Each scene is about 400-1000 words, so depending on the scene, I can get them written fairly quickly. So that’s what I’ve been doing in my spare time this week. I also transferred all my notes into the correct notebook so I can work when I’m away from the computer. I can’t do edits away from the computer, but I can at least get something done! 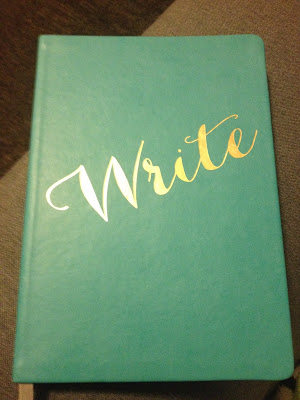 I also found something I wrote down years ago, and I really liked the quote and decided to claim it as my own, so I made this in about 5 minutes with some online photo editor. 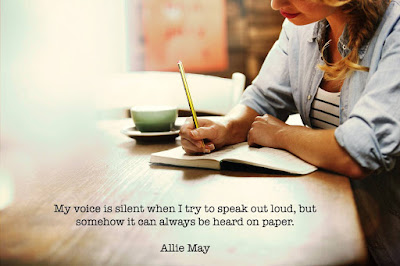 I still feel this way today. In groups, whenever I try to speak, I’m spoken over. But when I write it down, it’s there forever, waiting for someone to find it and listen to it. I’m gonna keep searching through my old writing for more quotes like this, because I really like it.
That’s my update for now. Hopefully next week will be better and I can get a lot more work done, cause soon enough I’ll have to focus on packing and moving and I won’t be able to write.