May has not been my month for blogging. Bad Alyson!
Just an update, Husband of Mine has started his internship, and things are going great for him! I finished reading Grave Mercy (which I mentioned here). It took me a lot longer to finish than I hoped, not because it was boring, but because I’ve been so busy. I finished my crochet projects, and now I’m working on the large stack of sewing projects that have accumulated over the past few months. Ripped pants, broken zippers, bandanas for the dog, and a new dress. I’ll post how that’s going once I actually start on it (I haven’t even bought fabric).
I’ve been working on revamping the end of chapter 7, but the writing gods have not been on my side. I ended up starting the chapter over 7 times, and filling two notebook pages with my name written over and over again. Yes, I’ve been very productive. But, the good news is that I’m starting to win over the writing gods once more so hopefully this block will go away.
So for now, I’m going to post some pictures of what I’ve been crafting, then I’m going to fold laundry and get back to my chapter.  First up is the elephant lovey that I made for my best friend’s baby. (I cannot find the pattern for it anymore! The elephant head and arms were taken from this pattern.) 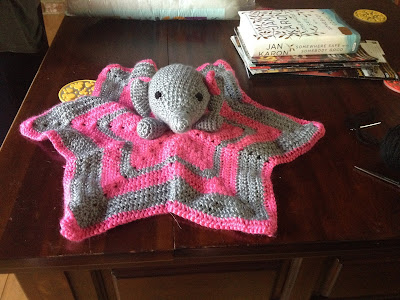 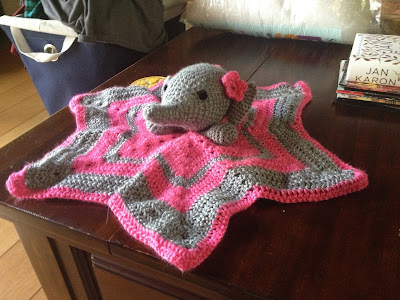 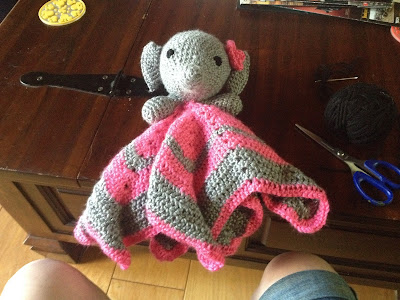 These were supposed to be mary janes, but they kind of look like boots. I don’t know why they didn’t turn out like they were supposed to, but they’re still cute. (Both sets of shoes came from here.) 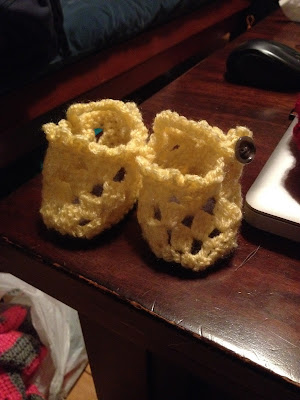 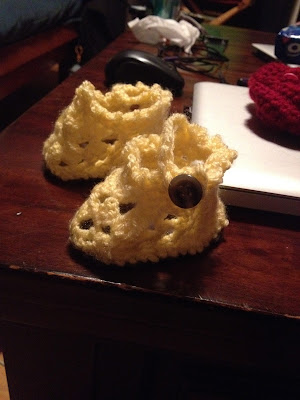 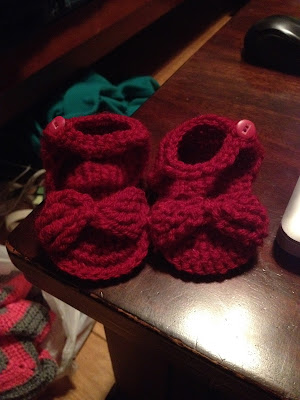 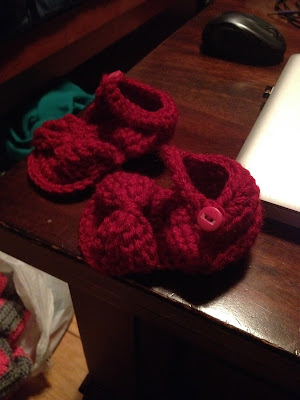 I also made some new bandanas for Puppy of Mine! She looks so adorable in them, but we’ve only been able to find red, and I’m tired of people asking me if she’s a boy or a girl. So I picked out my own fabric that is girly, but not too girly. How can you not love this cute girl?! (I didn’t use a pattern for these. I just bought a square of fabric and cut a triangle, then hemmed the edges.) 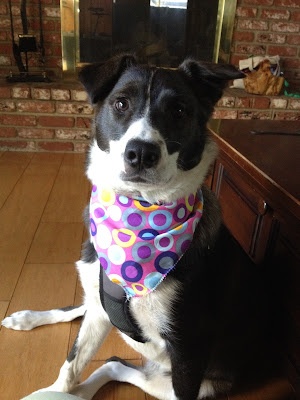 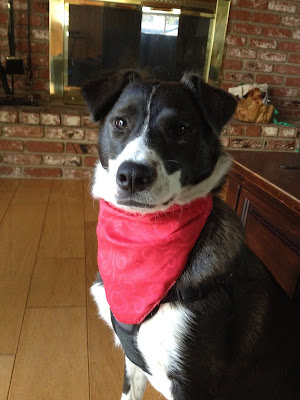 That’s all for now!
~Alyson