Apparently it’s that time of the year again! Remember my posts (this, this, this, and this) from last year? I had a lot to say. I’ll always have a lot to say when it comes to restricting someone’s right to read. 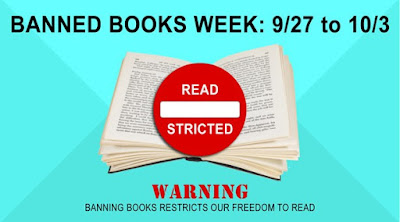