Here’s my stats so far:

Week 1- Started at 64,497 – Ended at 81,093 – Wrote 16,596
Week 2- Started at 81,093 – Ended at 91,383 – Wrote 10,290
Not as impressive as week one, but still good. I passed the 90,000 word mark, which was super awesome and I celebrated yesterday with a 44 oz Dr. Pepper with a shot of blackberry from the nearby soda shop, and I relaxed and watched some tv to recover even though I wanted to plow through another chapter. See? I learned my lesson about pushing myself too hard and I took some time to relax and recharge. It slowed my pace, but I’m feeling a lot better now that my headaches have calmed a bit and I can actually focus. 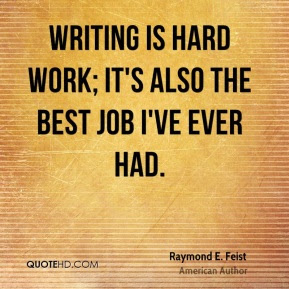 I wrote 4 chapters this week, and now I only have 4 chapters left. That’s right, I’m now 90% of the way done. I’m so close to the end. I should be able to finish in the next few days!
These next few chapters will be interesting. You know how I do my chapter by chapter outline? Well usually my little summary for each chapter is anywhere form 100-400 words. But these next few chapter summaries are 700-1000 words. I don’t know if that means it’s easier because the chapter is basically already written for me, or if it means I’ve got some extra long chapters ahead. We’ll see when we get there.
So now I bet you’re all wondering, “Allie, once you’re done with Powerful, what are you going to work on next?”
Thanks for asking! Well, I’ll tell you. First things first- I’m going to print out Powerful and read it through a few times just to make sure everything makes sense and it flows from start to finish. Things change from the beginning of the first draft to the end, and I have to make sure everything is actually consistent. While I read it through, I’m going to make notes of things that need to be changed consistency-wise, and basic grammar changes.
Then, I’m going to put Powerful away for a short bit while I finish outlining my fairy tale retellings. You know that trilogy I was trying to write last year but was missing something? Yeah, I’m working on them again because I love the ideas I had too much to give up completely. Although, Rose will not be the same it was before. I’m changing everything. Although it is interesting for me to see little similarities in character carry over from my original idea. For example- in Dahlia, her love interest was a soldier. Without meaning to, I realized that in my new version he’s still a soldier. Though parts of his personality have changed and his name is different (I’m keeping that a surprise for now because I really love it), he’s still very similar to his original character.
Once I finish those outlines, I’m going to pull Powerful back out for serious editing and rewriting. I’ve got a lot of friends who have read it so far and left me feedback, so I’m going to incorporate that feedback with my own internal editor’s feedback and I’m going to make major changes at this point. Once those changes have been made, I’m going to see where it stands. I’ll probably repeat this process a few times. Once I’m satisfied, then I’ll send it out to family and friends who are interested in beta reading for me and I’ll take their feedback into consideration for my next round of changes. Hopefully by then it’ll be ready to send off to publishers!
And because I’m a writer, I won’t be able to stop writing completely while I’m editing. So while I’m editing Powerful, I’ll be writing the new first draft of my retellings.
I’m super excited for what’s going on with me right now. Things are finally starting to come together. All I have to say is that I wouldn’t have been able to do it if I hadn’t learned to discipline myself to write every day. Keep writing! It’s the only way you will actually get words on a page!
~Allie